Wales could be a world leader in marine energy and should make the industry a priority, a former energy minister has said.

Lord Peter Hain, who served under Tony Blair in 2001, said there was “massive untapped potential” around the Welsh coast.

He urged a mix of Welsh government and private investment to drive it forward.

A new industry report has identified 16 marine energy developers, with the hope of 3,000 jobs over the next 10 years.

The projects include a new £590m lagoon announced for Flintshire.

Technology What is going on around Wales?

Tidal Lagoon Power has not given up hope for its £1.3bn project in Swansea Bay, despite the UK government saying it was not value for money.

Dragon Island hopes to be financially sustainable by persuading big customers, such as local authorities or universities, to pledge to buy decades of electricity up front.

Outside a hanger by the water’s edge at Pembroke Dock, huge steel structures are waiting to be part of a new structure to be placed on the seabed next spring.

Bombora moved its operations from Australia to Wales in 2017 to and is now in the final stages of its £17m project to harness wave energy.

Its 1.5 megawatt (MW) mWave technology, a “low impact” renewable wave energy converter, will sit 11m below the surface of the sea off East Pickard Bay near Freshwater West.

“It sits on the sea bed, completely invisible when you are on the beach or the coast. As waves go overhead, membranes move up and down pushing air through the device, through a turbine that generates electricity,” said Madeline Cowley of Bombora.

“We are halfway through construction. The project will be ready to go next year.”

The company plans to export the knowledge its developed in Wales to marine projects across the world, adding to the 26 local jobs it has already created. It is also developing a project in Lanzarote.

It said it would need either a subsidy for the electricity or public money for the next stage of its project.

Minesto has developed the first of its type of energy generation in the world on Anglesey, where the firm has testing its technology in the sea.

Five years in the making, it works like an underwater kite and is now being deployed off the Faroe Islands.

The company has 80MW plans but believes with the Irish Sea, there are gigawatts worth of energy potential if the conditions are right.

Despite the imminent recession, development manager Osian Roberts believes the project is feasible as “climate change does not stand still” and the firm would look to both the UK and Welsh governments for any revenue support for “emerging technologies such as ourselves”.

Jim O’Toole, managing director of Port of Mostyn, said building will not start until 2023 and the site should be producing electricity by late-2027.

“We think the small scale makes it an ideal pathfinder that other turbine manufacturers and projects can learn from and that will benefit all technology in Wales,” he added.

Technology What are the economic arguments?

Industry body Marine Energy Wales – in its latest report out on Thursday – said there had been an increase of £27.5m in investment in projects in Wales over the past year and thinks the sector could have an export market worth an estimated £76bn by 2050.

Jessica Hooper, programme manager at Marine Energy Wales, said it showed the positive impact marine energy was having “particularly in coastal regions such as Anglesey and Pembrokeshire that are most in need of economic regeneration”.

Like most new technologies though, it is the development stage that is particularly expensive.

Most energy projects have to agree a guaranteed price – or strike price – for the electricity they generate. This acts as a subsidy in the expensive early days, topping up the market price, but as the technology develops and the price tends to fall, subsidies are no longer needed.

But Michelle Davies, head of clean energy and sustainability at lawyers Evershed Sutherland, said the economic climate was a barrier.

“Banks and funds are telling UK government that they will not be able to fund the energy transition, or if they do so, it will be prohibitively expensive due to the dynamics of the UK market.”

Meanwhile, the price of energy has fallen because of the economic impact of coronavirus.

Ms Davies added: “Green growth and the energy transition is a huge opportunity in the UK but it won’t happen at scale without first an understanding by government of the dynamics of the market and secondly, according to an overwhelming majority of those funding and financing the energy transition who responded to our survey, government helping with the solution.” 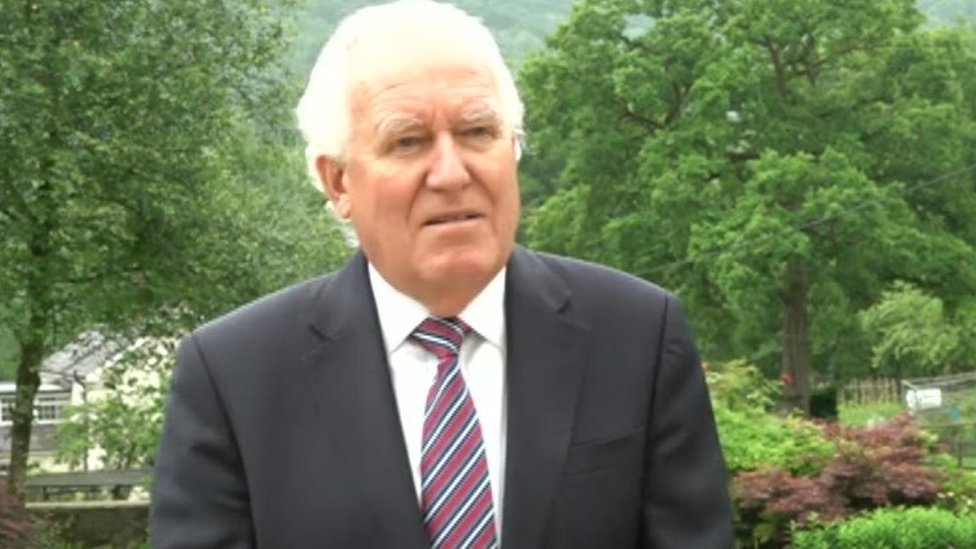 This is not a time to sit back and wait for a few years to come, when the economy picks up again

Lord Hain has been a big backer of tidal energy and even quit his role as shadow Welsh secretary in 2012 to throw his weight behind a Severn barrage.

He said there was a “vast untapped potential” for Wales to be a “world leader” in the technology.

“Other governments across the world have chosen particular technologies, particular industries, and invested in them. And that means Welsh government investment as well as private investment to really drive this forward.

“Unless you have a combination of business and government working together to harness this huge energy resource, it’s not going to develop. If that happens, it could be fantastic.”

Welsh Energy Minister Lesley Griffiths said she considered marine and offshore renewable energy would play a “fundamental part” in building the future in the recovery from the pandemic.

“I have written urging the UK government to work with the devolved nations to ensure their financial support mechanisms for energy deliver for the whole of the UK,” she added.

Secretary of State for Wales Simon Hart said: “Renewable energy projects in Wales will play a vital role in the UK government’s work to reach our aim of net-zero emissions by 2050.

“The UK is a leader in technologies that harness the clean, natural energy of our tides and offshore wind. The development of these projects in Welsh waters could create hundreds of sustainable jobs and accelerate the shift to clean growth.

“We will continue to examine cost-effective projects in Wales which will reduce costs for consumers, minimise environmental impacts and create green jobs.”