Wales’ Six Nations match against Scotland match on Saturday has been postponed due to the coronavirus pandemic, it has been confirmed.

All elite English league football fixtures have been postponed until at least 3 April because of the virus.

The Welsh Rugby Union said despite medical advice it was in the best interests of fans, players and staff “to fall in line” with other sports.

It came hours after it insisted the game in Cardiff was going ahead.

The WRU said it maintained an “open dialogue with” and continued to seek advice and direction from the Welsh Government, other stakeholders, including the Six Nations “on this fast-moving issue”.

It said it hoped to make further announcements about rescheduling the fixture in the coming days.

“Every effort has been made to stage this game and we appreciate that individuals will have been inconvenienced,” it said.

“Given the fluid and unprecedented nature of this issue a postponement became the only viable option.”

Earlier, a Conservative MP said holding the match was “just not clever”.

Ahead of the U-turn, Brecon and Radnorshire Conservative MP Fay Jones tweeted: “I was super excited about going to #WALvSCO but I won’t be going. The Premier League is suspended and no other 6 Nations fixtures are going ahead. No one loves the rugby more than me but it’s just not clever.”

Matt Hamon, a Scotland fan on his stag weekend, said: “I can understand why it was cancelled but it should have been cancelled yesterday or not at all.”

Plaid Cymru, which has cancelled its spring conference for the following weekend, had already called for the match to be postponed.

Leader Adam Price said “all mass gatherings” should be postponed or cancelled, adding that the “safety” of vulnerable and “at risk” citizens should be “put before everything else”.

EASY STEPS: How to keep safe

Asked about postponing the match at a briefing on Thursday, Mr Gething said there wasn’t public health advice available which said it was right thing to do for the public to cancel larger scale events.

“It’s really clear and really important that ministers are making choices that are guided by the best possible evidence and scientific advice and the challenge about larger events, is that the science doesn’t tell us so that really makes a difference either in significantly delaying the peak of the outbreak or in terms of saving life.”

Mr Gething, who had said he was going to the Six Nations match with his brother, said they would be “actively considering” a decision next week about the impact of big events on emergency services, like police, ambulance and St John, so they could be available for preparing for a more significant stage of the outbreak. 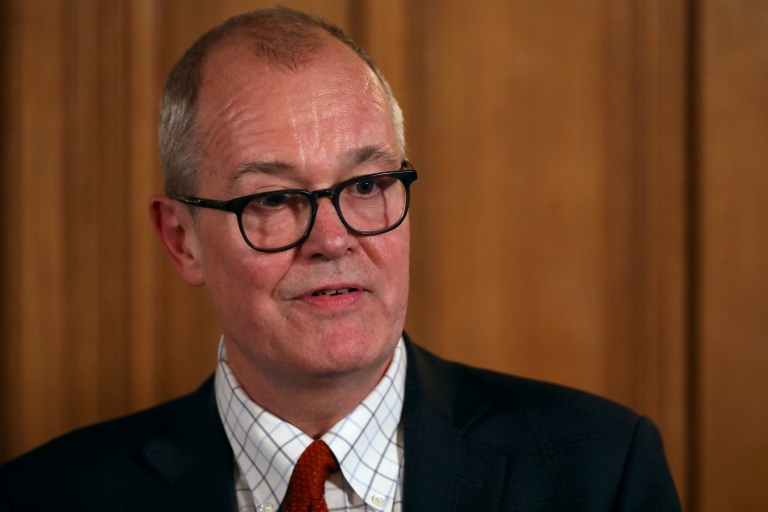 I think it’s more likely that there will be transmission in pubs and other areas where people are aggregating, watching it than in the actual stadium itself

Sir Patrick Vallance, the UK’s chief scientific adviser, told the BBC Radio Four’s Today programme that mass gatherings have some impact but people were more likely to get infected by close family members, friends or contacts.

“It’s eye-catching to say stop those [big events] it’s not actually a big impact on the transmission, not to say that we won’t do at some point, but it’s not the most important thing to get in place first,” he said.

Asked about the match in Cardiff, Sir Patrick said: “I think it’s more likely that they’ll be transmission in pubs and other areas where people are aggregating, watching it than in the actual stadium itself.”

Meanwhile, PHW reported 13 new cases, taking the total to 38, including first cases in Anglesey and Flintshire.

Science Where are the latest cases?

A total of 945 people have now been tested.

“All patients are being managed in clinically appropriate settings based on the assessment of a specialist infectious disease consultant,” said Dr Robin Howe, PHW incident director.

People with symptoms of a new cough or fever are being asked to self-isolate for seven days as part of an escalated response to the coronavirus.

The advice came into effect on Friday as Wales moves to a delay phase, beyond the original contain phase.

Wales’ chief medical officer Dr Frank Atherton said the challenge was to prepare for a significant number of cases in the coming months.

A Welsh Government spokesman said: “Our NHS is working hard to treat those people who have been confirmed with coronavirus while also dealing with the normal routine and emergency healthcare needs of the Welsh population. Staff are doing a fantastic job and we thank them for their hard work.

“At the moment, the NHS is continuing to provide planned and emergency care but as more people are diagnosed with coronavirus and demand for hospital treatment increases, we will need to consider reducing planned activity, including outpatient appointments. We will make sure everyone affected is informed.”

More than 125,000 people have been diagnosed with Covid-19 in 118 countries around the world, according to the World Health Organization.