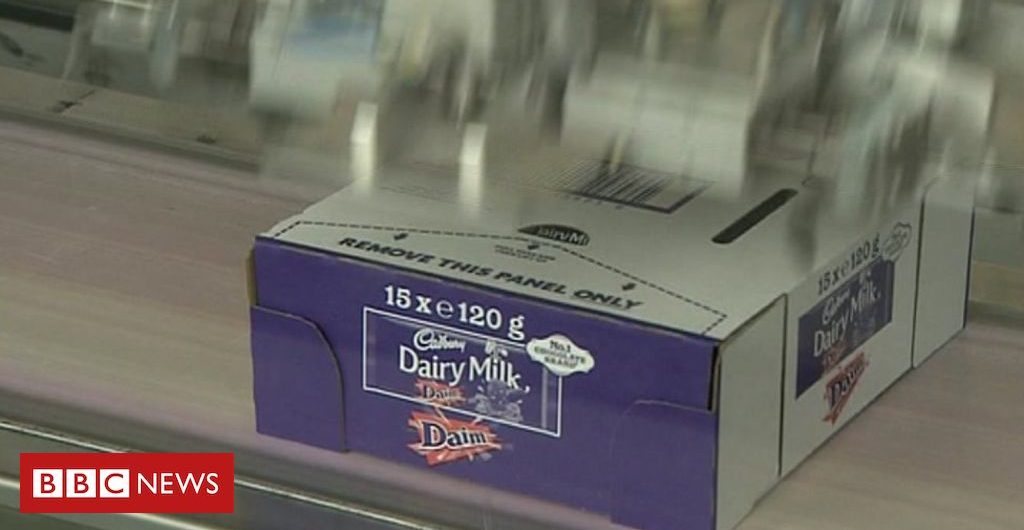 Staff at chocolate maker Cadbury are having their temperatures taken as concerns over coronavirus grow.

Owners Mondelez International said all manufacturing staff at its Bournville factory in Birmingham were being tested “whether [they] feel unwell or not”.

It was one of a number of “precautionary measures” to protect health and safety, the firm said.

Elsewhere in Birmingham, events at the city’s National Exhibition Centre have been cancelled.

In a statement, Mondelez said it said felt the measure was the “responsible” thing to do and it would continue to monitor the situation.

It said the checks were at its “key sites” across Europe and it had also temporarily closed the Bournville staff shop to external visitors, it said.

The steps were similar to those taken by numerous other companies, it added.

In the UK, six people with the virus have died, including one patient who had been treated in Wolverhampton.

At the NEC, The Homebuilding & Renovating Show, due to take place between 26 and 29 March has been postponed until summer.

Nick Noble, from event organiser Future said: “Naturally, we regret that we are having to postpone the event, however, the safety and welfare of our staff, exhibitors and visitors is paramount.”

The Photography Show & The Video Show has also been pushed back, as has the Naidex event for the independent living and healthcare industries, while The Big Bang UK Young Scientists and Engineers Fair 2020 has been cancelled – all citing concerns over the virus.

Chris Hamlett, an outreach officer in material science and engineering at Birmingham University, said the cancellation of The Big Bang Fair meant it was likely they have lost “a lot of money”.

“A lot of the electrics have already been paid for, it has been a big effort to organise, I’ve just had 1,000 pens and 36 mugs arrive, which now I don’t really need,” he said.

“I love the event and I am gutted it is cancelled.”

A spokesperson for the NEC Group said it was closely monitoring official guidance on coronavirus and its impact on events and had introduced a series of precautionary measures.

“In the meantime, we are continuing to support customers to enable them to run their events,” they said.

They added moving events would put pressure on the autumn/winter calendar, but the group was looking at measures to address it.

The Education Resources Awards also said it would be cancelling an event due to take place on 27 March at Birmingham’s National Conference Centre.

It said it is now creating an online event instead.

Drive-through test centres for the virus have been set up in Wolverhampton and Shropshire, where patients get tested without having to leave their cars.

Shropshire has its first confirmed case of the virus in a patient who became infected whilst travelling in Italy, Public Health England said.

The county council said the risk to the public remained low.