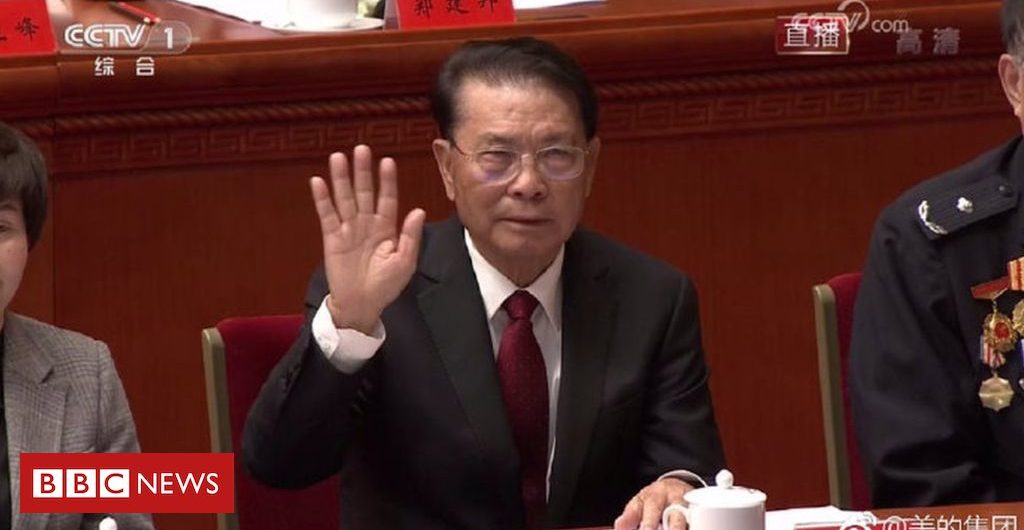 Five people have been arrested in China after an attempt to kidnap one of the country’s richest men, He Xiangjian.

Mr He is the billionaire founder of the Midea Group, one of the world’s biggest home appliance manufacturers.

Police were notified of the break-in on Sunday at his luxury villa in Foshan city in southern Guangdong province by his son who eluded the intruders.

All involved were arrested and no one hurt, said police. Social media users likened it to an action film plot.

Mr He’s son reportedly sneaked out of the property and swam across a nearby river to seek help.

The police in Foshan received a call on Sunday evening saying that suspects had entered He Xiangjian’s luxury villa, and were believed to be carrying explosive devices.

The call is believed to have been made by He Jianfeng, the tycoon’s 55-year-old son and one of the group’s directors. Technology news website TMT Post says that he “swam across the river near his house to call the police”.

The independent South China Morning Post says that multiple people in the local community told the paper that they were ordered to stay under strict lockdown between Sunday evening and Monday morning while the police responded to the incident.

“I was scared to some extent, after all I have always thought that the security here is better than in other neighbourhoods,” one resident told the paper.

The Foshan police also issued a statement, saying that they had arrested five suspects following a kidnap attempt. They are still investigating the incident.

Midea posted a message of thanks on their Sina Weibo page, which state newspaper Global Times said “indirectly confirmed the truth of the incident”.

In_pictures Who is He Xiangjian?

He Xiangjian is one of China’s richest, yet most low-key billionaires.

The company began producing bottle lids and car parts, but it is now known throughout China as one of the biggest home appliance and commercial air conditioning companies.

It also owns one of the largest robotics companies in the world, the German company Kuka.

The South China Morning Post notes that the incident “has brought public attention to the stunning wealth of He, who has maintained a much lower profile than many of his tycoon peers”.

Pictures of Mr He’s European-style mansion, complete with mock Roman columns, have stunned Weibo users, as has footage of the heavy police presence outside his Foshan villa.

The incident has prompted lively conversation on Chinese social media. Many say it’s like the plot of an action film.

Many on the popular Sina Weibo microblog comment on the perceived stupidity of the perpetrators. “How could people be so arrogant in broad daylight?” one user asks.

“Everything outrageous is happening in 2020,” another adds.

Users also ask about the presence of Mr He’s security. The South China Morning Post says that Mr He’s villa regularly has two security guards stationed outside the property, and that the billionaire’s villa “has its own 24-hour security guard”.

Some Weibo users note that China’s epidemic outbreak has led to “desperation”.

“After the epidemic, it’s become difficult to make money,” one user says. “Where employment and people’s livelihoods are not guaranteed, there will always be people taking risks,” another adds.

Employees at Midea’s headquarters were given the day off; the company says it is carrying out a risk assessment.