In_pictures Algeria’s serial protesters: ‘Why I give up my weekends to march’

Amina Boumaraf, 19, and Yanis Cherrou, 23, are not your typical students.

Every week since February they have been taking part in demonstrations in Algeria.

The protests led to long-time leader Abdelaziz Bouteflika resigning in April – but they are opposed to Thursday’s elections to choose his successor, and the protests are still going on.

The demonstrations began with a rallying call from an anonymous group on Facebook.

The 22 February Movement asked people to take to the streets when it was announced that the 82-year-old Mr Bouteflika was running for a fifth term. 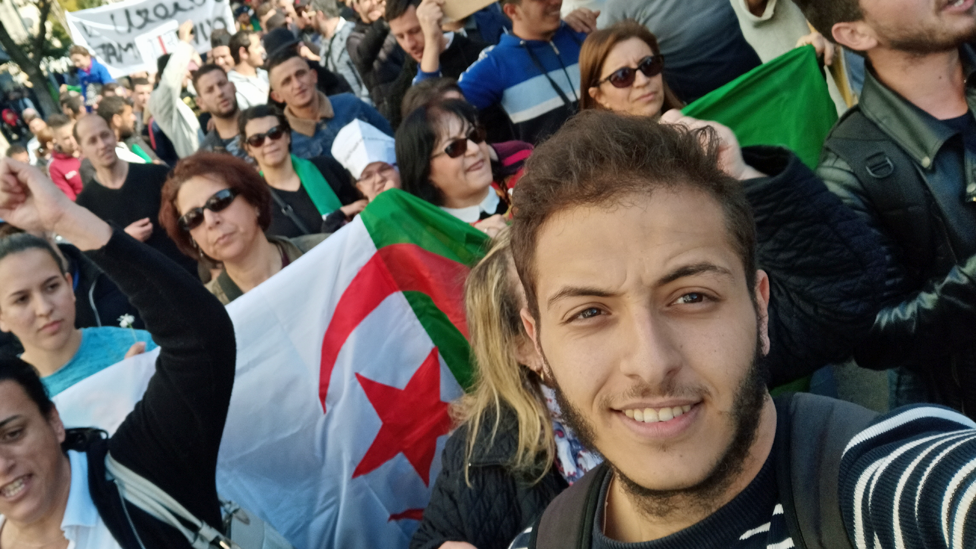 My family fought for independence, fought in the name of Berbers, and so I’m happy that I also get a chance to try and change things”

“We didn’t really know what to expect and to be honest I was worried of Islamist violence. But I went anyway, out of curiosity,” Mr Cherrou tells the BBC.

During the 1990s, Algeria fought a brutal civil war against an Islamist insurgency and the memories of those dark years have often kept demonstrators at bay.

But something had changed: people like Ms Boumaraf and Mr Cherrou were too young to remember those times. The two students decided to be part of the change.

“The internet was blocked during that first march in February and so it was only in the evening that we started seeing pictures of protests that took place all over the country, including in Algiers, where it’s been illegal to demonstrate since 2001,” says Mr Cherrou.

“That’s when we thought, wow.”

In_pictures ‘My parents were scared’

Ms Boumaraf says that in the beginning, her parents did not want her to join the protests.

“They were really scared. But after the first march, I told them I couldn’t not join. For me it wasn’t really a choice, it was my responsibility. My country was calling.”

When he resigned a new election date was set, but, like thousands of others, Mr Cherrou and Ms Boumaraf did not want to stop there.

“We live in a reign of corruption and injustice. Algerians are suffering every day,” says Ms Boumaraf, a student leader in Algiers.

“Before the revolution, if we wanted to improve or change the situation, it was impossible.

“There are people with money and connections who can do whatever they want, and we have nothing.” 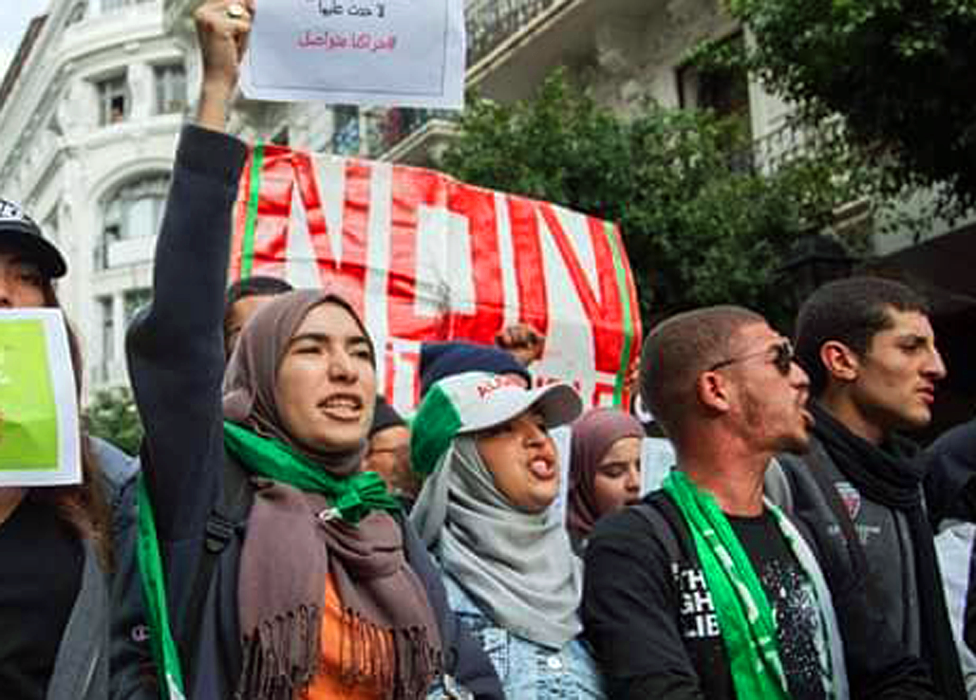 The revolution isn’t just against a president, it’s against a system. We want a radical change”

Both students admit that participating in this movement – called “hirak” (Arabic for mobilisation) – has been all-consuming, and that they’ve put their studies and everything else on standby. Demonstrations are usually held on a Friday, the first day of the weekend.

“What I love is also that barriers have fallen,” explains Ms Boumaraf, who studies architecture.

“There are people from all ages and backgrounds during the marches. Every week we are determined. It really gives me hope.

“Sometimes I just stop and look at people and it gives me energy again. It’s really moving. Every single week.”

Mr Cherrou, who studies IT, has the same perspective on the movement even though he lives about 100km (60 miles) east of the capital in the city of Tizi Ouzou.

“In the beginning there was a lot of anger, people were really fed up,” he says.

“But after maybe the third protest the mood became more joyful and we started calling the movement ‘The smiling revolution’.

“I can say that I am proud to be part of this movement. My family fought for independence [from France], fought in the name of Berbers, and so I’m happy that I also get a chance to try and change things, and not just with my community but with the entire country.”

The movement has also been emboldened by the arrests and sentencing of dozens of officials and businessmen associated with Mr Bouteflika, some of whom are part of the ruling elite that has controlled Algeria since independence in 1962.

“The revolution isn’t just against a president, it’s against a system. We want a radical change,” says Ms Boumaraf.

“I’m not against elections per se but I am against organising elections in these conditions,” says the young woman.

“We need to have an independent justice system, freedom of expression.”

Because of this many are planning to continue demonstrating this week, right up until election day.

The five men running for president either supported Mr Bouteflika or participated in his government.

“They’re making fun of us with these candidates. It’s just a renewal of the same system,” says Mr Cherrou.

“It’s going to be very difficult.”

For Mr Cherrou, it is as though all their protests since February have been for nothing. And even worse: no-one seems to be watching.

“For the past 42 weeks [since the movement started] an entire nation has been ignored.”