In_pictures Africa v coronavirus: A challenge for the continent

The coronavirus outbreak is no longer a threat for Africa, it is now a reality as more and more countries on the continent have cases.

East Africa is the last region to confirm infections: Sudan confirmed that a 50-year-old man has died, while Ethiopia says a Japanese man who recently travelled to the country tested positive to Covid-19.

News on Friday that a Kenyan woman, who travelled from the US via London, had the virus sparked panic buying in Kenya’s capital, Nairobi.

The World Health Organization (WHO) is warning that the window of opportunity to prepare is closing and that critical gaps remain.

“Every country can still change the course of this pandemic by scaling up their emergency preparedness or response,” said Matshidiso Moeti, the WHO’s regional director for Africa.

The inter-governmental organisation says it has now shifted from “readiness” to “response” mode on the continent.

Most of the confirmed cases involve people arriving from Europe and North America.

More on Africa and the virus:

The WHO said while local transmission – that is people with no travel history – remains low, containment is the most appropriate strategy.

That means detecting cases quickly, isolating them to minimise transmission, treating them and tracing their contacts.

Yet the relatively low numbers in Africa have baffled experts.

Some suggest the tropical climate is less favourable to the new virus.

John Nkengasong, head of the Africa Centres for Disease Prevention and Control, says no data is available to support that theory.

“But we know that Covid-19 is part of the coronavirus family to which the common cold belongs,” he told the BBC.

These better-known coronaviruses are less prevalent where temperatures are higher.

But Dr Nkengasong hastens to point out that there are significant outbreaks of Covid-19 in countries in the tropics, like Thailand.

If the virus follows the pattern of other viruses, with seasonal peaks in winter, this will be a source of concern for southern Africa, which is heading into its colder months and “flu season”, Dr Moeti told the BBC.

One thing that put Africa a step ahead of the rest of the world was its early screening at airports and other ports of entry.

This is because infrastructure was already in place and health workers at hand because of the outbreak of Ebola in the Democratic Republic of Congo, which now appears to be coming to an end. 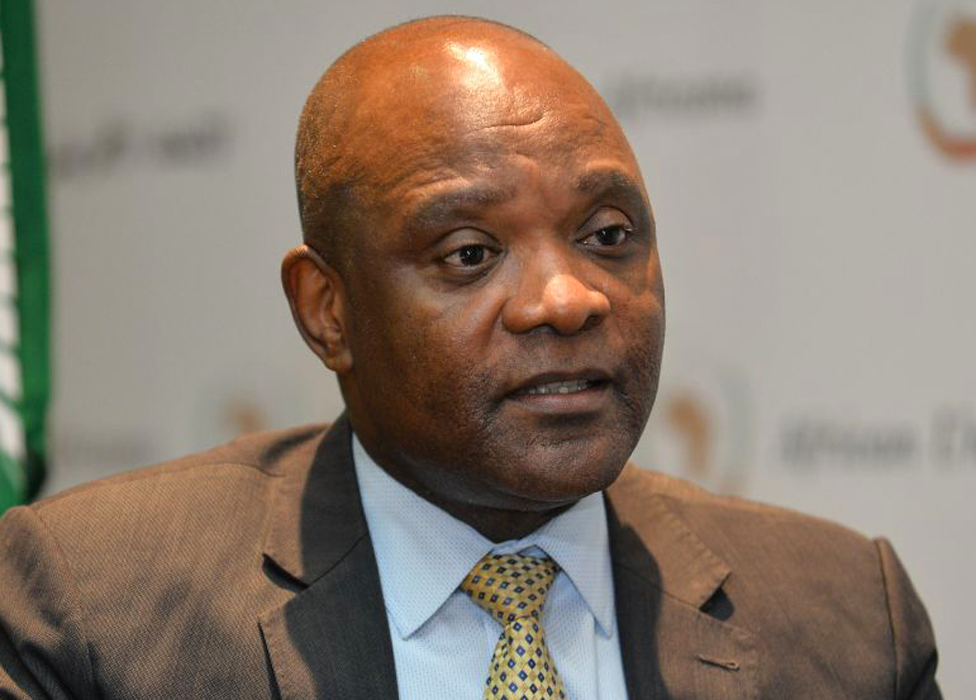 It’s possible that with a predominantly young population, Africa may be spared widespread severe cases”

But most symptoms tend to develop days after arrival, like Nigeria’s first patient: the Italian was asymptomatic when he arrived in Lagos. He even travelled to Ogun state before falling ill. His contacts were traced and one of them tested positive for the virus.

The continent has also had time to observe what other countries are doing to combat the new virus and prepare.

During the current pandemic, it been noted that some asymptomatic cases have been infectious.

This is something South Africa’s health ministry has taken on board – identifying such cases and advising them to self-quarantine while those with symptoms are treated.

So far, countries with confirmed cases appear to be managing them.

Egypt, Algeria and Tunisia have reported clusters of local transmission.

Widespread person-to-person transmission is what health experts fear most in Africa, as that could quickly overwhelm the health systems.

Across the world, there is a strong correlation between age and severity of the Covid 19 infection.

“It’s possible that with a predominantly young population, Africa may be spared widespread severe cases,” says Dr Nkengasong, as the continent has the world’s youngest population.

But concerns have been raised about suppressed immunity, particularly among people living with HIV.

HIV eventually wipes out the immune system, leaving the body vulnerable to other infections, what is known as acquired human immunodeficiency syndrome (Aids).

More than 32 million people have died from Aids-related illnesses since it was identified in the early 1980s, according to UNAids.

Nearly 38 million are living with the virus, and the vast majority of them are in Africa.

“It’s important to underline that there is currently no strong evidence that people living with HIV are at an especially increased risk of contracting Covid-19 or, that if they do contract it, they will experience a worse outcome,” says head of UNAids Winnie Byanyima.

She notes that there is anxiety among people living with HIV and urges them to take all necessary preventive measures just like the rest of the population.

However she cautions that those with HIV should not be forgotten as countries focus on fighting Covid-19.

A study by UNAids found that when the coronavirus outbreak began in China, people in affected areas living with HIV found it difficult to get hold of their anti-retroviral medicines.

She also called for more research into the “biological and immunological interactions” between HIV and the new coronavirus.

For Dr Nkengasong co-infection is one of the greatest concerns.

“Not just with HIV but with tuberculosis and malaria as well,” he said.

The hope now is that as countries focus their resources on controlling Covid-19, the three infections that are among the biggest killers on the continent are not forgotten.

Any lapses in treating Africa’s “big three” could lead to more deaths.

It is no doubt going to be a major test for countries and their management of available resources.

And unlike with the Ebola epidemic in West Africa, this coronavirus outbreak is a pandemic.

This means more developed countries are scrambling – and in many cases struggling – to cope at home and may not be able to pay attention to Africa.