But there are fears some of the content glamorises eating disorders such as anorexia and bulimia.

TikTok said the safety and wellbeing of users was its top priority.

It said it encouraged people to report any inappropriate content with anything seeking to glorify or promote eating disorders violating its guidelines.

But eating disorder charity Beat said that, while it supports the action TikTok has taken to reduce the spread of such content, there are still some harmful videos on the app.

“We’d advocate for real people to actually search the platform and to highlight and take down the harmful content,” Tom Quinn, director of external affairs, said.

A 19-year-old woman from Builth Wells, who did not wish to be named, said she spends about 40% of her time on the app viewing weight-loss related content.

“Last night, I was on TikTok and I ended up feeling so negative about myself I paid £85 for a gym set and personalised fitness plan,” she said.

“My attitude towards my body was so negative after, I thought that could be the only thing to change it.

“For some people it may be really positive and inspire them to have their own weight loss journey, but for me and a lot of my friends it’s a negative issue which at times makes me want to delete the app altogether.”

“Pro-ana” is a term used to describe content that promotes dangerous behaviours and mindsets related to the eating disorder anorexia nervosa, and “pro-mia” promotes bulimia.

It originally began in the dark web but eventually made its way to social media platforms.

Although TikTok says it uses a combination of techniques to remove content, campaigners say the app is slow in dealing with it.

Because it allows anyone to create and publish content, people can promote whatever dietary or weight-loss advice they like.

And the way the algorithm of the app works means people do not have to actively search for that content – it can appear as suggested content for that user.

This means if someone curiously watches a “pro-ana” video, they are then supplied with more weight- loss tips and “thinspo” (content to inspire a person to lose weight).

James Downs, an eating disorder and mental health campaigner, said: “I think that the lack of transparency around how content is fed to different people through the app makes TikTok especially threatening, as none of us can be sure what content we will see and whether it will be safe for our mental wellbeing.

“One of the things that worries me most about TikTok is how the environment it provides is not guaranteed to be a safe one.

“We would never send young people into physical environments that might pose them with threats to their wellbeing, so why would we accept dangers in our digital environments either?”

Environment What does TikTok say?

TikTok said users can indicate if they want to see less of a certain type of content, and anything promoting or glorifying eating disorders will be removed.

But the potentially harmful content does not always come in the way of directly referencing eating disorders.

Popular on TikTok are: “What I eat in a day – under 1,200 calories” videos that normalise what campaigners say is an unhealthy relationship with food.

Trends on the app include being able to prove how small your waist is with various household items.

But Mr Downs says social media could play a vital role in raising awareness of eating disorders and removing the stigma surrounding them.

He is worried blocking all content related to eating disorders could mean positive and helpful content is also lost.

“There is so much out there which aims to support recovery and brilliant accounts producing really helpful content for improving our wellbeing.”

A TikTok spokesman added: “For some, TikTok provides an opportunity to share their experience of living with or recovering from an eating disorder and expression of this nature is permitted within the boundaries of our community guidelines.”

Environment ‘Know your triggers’ and other advice 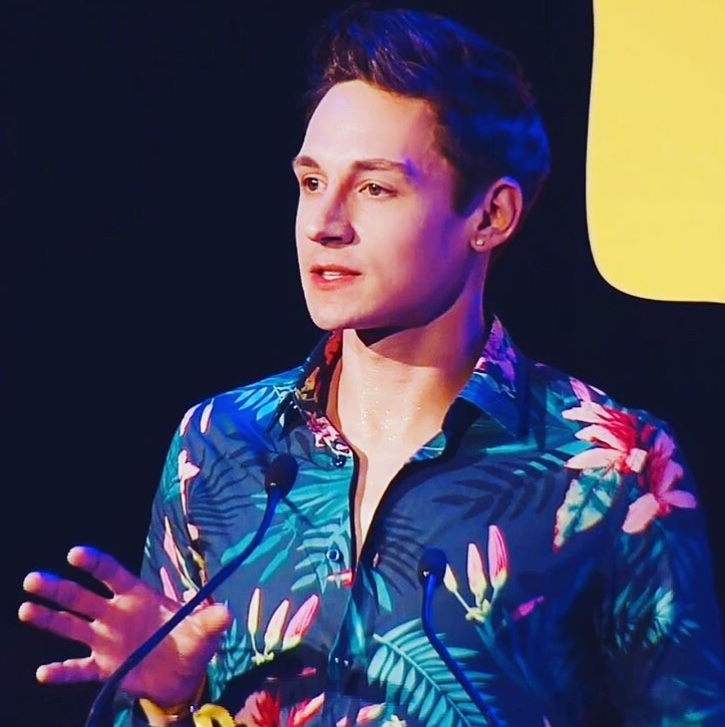 It’s also important to have confidence to report content that you think is unsafe or could be harmful to someone,

“In my experience, having struggled with body image and eating problems for a long time, I try not to follow the accounts which I know will trigger me. Knowing your triggers is really important.”

Mr Downs said utilising the “report” option is helping not just you, but also other vulnerable people.

“It’s also important to have confidence to report content that you think is unsafe or could be harmful to someone, as well as talking to other people about what’s worrying you.”

Beat added social media was never the sole and direct cause of someone developing an eating disorder.

“However, online platforms that encourage people to compete to entrench their illness are very harmful, especially as many people with eating disorders have low self-esteem and become dependent on losing weight to feel achievement,” Mr Quinn said.

“We strongly encourage social media platforms to do more to ensure such content cannot be posted, in the same way as they are now taking further steps to remove images of self-harm.”

He said most “pro-ana” and “pro-mia” content was posted by people who were themselves suffering from an eating disorder, and was not deliberately malicious.

Beat also said there were positive social media accounts and forums that people could turn to instead, and platforms “should do more to direct affected users to such sources of support”.