How do you feel when you think about climate change and the state of the planet?

Do you feel optimistic, worried or uncertain?

We at Newsround know young people are passionate about the environment, so we wanted to find out more about how you feel about climate change and what’s being done to tackle it.

We also wanted to know how you felt about the impact changes to the environment could have on your future. 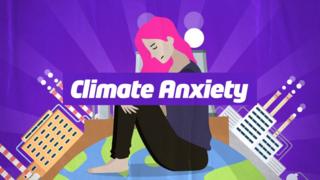 We worked with a specialist company called Savanta-ComRes to do a survey with 2,000 eight to 16-year-olds and what we’ve learned shows that young people are frustrated and anxious about what’s happening.

When asked about their futures, most children told us they are worried about the impact that climate change will have on them when they’re older and one in five have even had a bad dream about it.

But when asked about the action being taken by grown-ups to tackle the problem, two in five don’t trust adults to tackle the challenges that climate change presents and nearly two-thirds say leaders aren’t listening enough to young people’s views.

We’ve summarised the main themes below. You can take the survey yourself, and see how other young people responded to it here.

We also want to hear what YOU think. You can leave a comment below and if you are talking about it in class your teacher can email us at newsroundschools@bbc.co.uk

What you told us in the survey

How do you feel about the state of the planet?

We asked aver 2,000 young people aged eight to 16 a series of questions about their attitudes to climate change and to the environment. 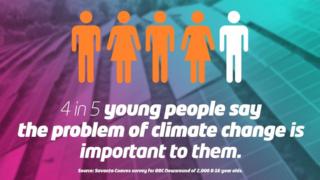 Four out of five of them (80%) said the problem of climate change was important to them, with over a third saying it was very important.

Just three out of every 100 said that the environment wasn’t important to them. 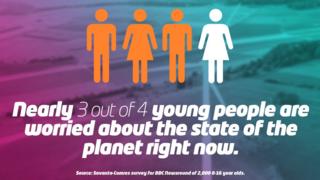 Nearly three quarters (73%) said they are worried about the state of the planet right now – including 22% who say they are very worried. 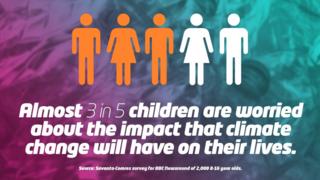 When asked about their futures, almost three in five (58%) children said they’re worried about the impact that climate change will have on their lives.

How are children being affected?

These worries and concerns about climate change can come out in unusual ways. 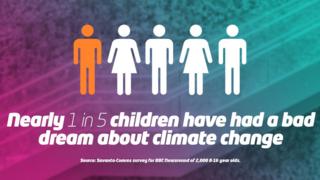 A similar number (17%) told us that they have had their sleeping and eating habits affected by their concerns.

One of the biggest movements of 2019 was the “Fridays for future” campaign led by Greta Thunberg.

The teenage environmental activist inspired a series of school strikes around the world. They led to children leaving school to try to make their voices heard by making signs and joining marches, calling on world leaders to do more to protect the planet and to take bolder action to try to cut climate change. 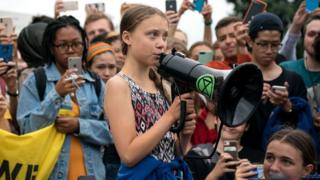 Despite millions of young people all around the world taking part in these protests it’s clear that you feel that it’s not making the difference you hoped it would.

The survey reflects feelings of frustration in young people towards what adult are doing – or not doing. 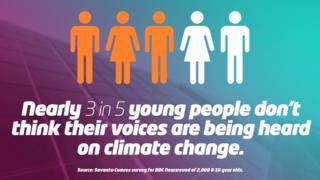 More than half (59%) of them don’t think their voices are being heard on climate change.

Nearly two thirds (64%) don’t believe people in power are listening to them enough when they do talk about it. 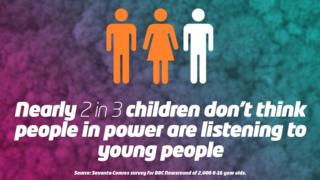 But when asked about the action being taken by grown-ups to tackle the problem, more than two in five (41%) said they don’t trust adults to tackle the challenges that climate change presents. 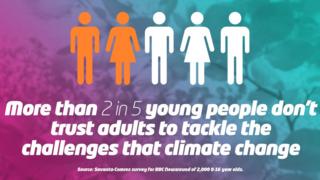 What is ‘climate anxiety’?

One of the reasons we did the survey was that experts have told us they’ve seen a rise in the number of young people they see who say worries about climate change are making them anxious about the future.

Susan Clayton is a professor of psychology and environmental studies at the College of Wooster in Ohio, USA. She says: “We can say that a significant proportion of people are experiencing stress and worry about the potential impacts of climate change, and that the level of worry is almost certainly increasing.”

Although it’s not a medical term, lots of researchers call this feeling eco-anxiety or climate anxiety.

Feeling anxious can happen when we feel nervous, frightened or uneasy about something. It’s normal to feel this way sometimes but when it lasts for a long time or it happens too often it’s important to talk to someone.

We worked with one expert, child psychologist Emma Citron, who told us that part of the difficulty for young people is the scale of the problem of climate change, the challenges tackling it presents and what often seems like the slowness of the response shown by governments and world leaders. 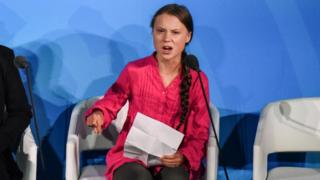 Young people are clearly worried about climate change and their futures as this survey reveals. Public figures like David Attenborough and Greta Thunberg have helped young people to voice their worries and we have to make sure that we as adults listen to them and empower them by giving talks at school and in their communities to help them become involved in positive change

When you read stories about fires in the Amazon and Australia, ice melting in the Antarctic and Arctic, sea temperatures rising and plastic destroying wildlife in the oceans, the scale of the problem can sometimes make the idea of dealing with it feel hopeless. 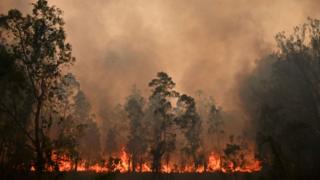 “We need to support young people not to feel hopeless but rather to present to them hopeful and balanced messages about their futures and ensure that they get the right professional help if their anxiety is unduly high,” Emma says.

These are serious issues, but it’s important to remember that there are also lots of examples of real measures being taken to try to rise to the challenge.

There is a general feeling that the future is so uncertain and it’s extremely hard to live with.

Are there ways to feel less worried?

If your feelings about the environment are regularly stopping you from going out and enjoying yourself and are affecting the way you live your life then it’s important that you speak to someone.

Your first contact should probably be an adult you trust, such as a parent, teacher or counsellor. You can also contact Childline – a counselling charity for people aged 18 and under – on 0800 1111 for free at any time.

But psychologists also say that taking actions in your own life, however small, can help relieve feelings of anxiety or helplessness – in addition to the positive difference these small actions make to the environment.