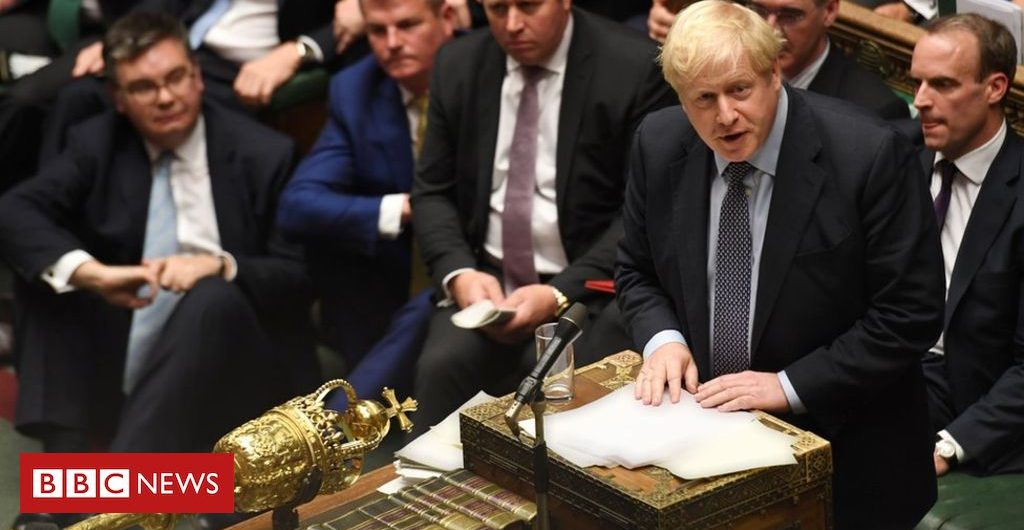 Boris Johnson should take questions from a group of senior MPs twice a week while Parliament is shut, one Conservative MP has said.

Chair of the Commons Defence Committee Tobias Ellwood says this would ensure “partial scrutiny” can continue.

Parliament has closed for one month to combat the spread of coronavirus.

But some MPs have expressed concern that this will prevent the government from being held to account for its decisions.

The House of Commons had been due to break for Easter on 31 March, but shut down on 25 March instead.

Commons leader Jacob Rees-Mogg said the “aim” was for MPs to return to work on 21 April, but added he would “keep the situation under review in terms of medical advice”.

Mr Ellwood has written to the prime minister to ask him to take part in two online meetings a week with all of the chairs of the select committees.

Speaking to the BBC, Mr Ellwood said there was “a sense of guilt” among MPs who felt they were leaving Westminster at a time of national crisis – adding that most members’ inboxes had “doubled” with concerns from constituents.

He said the coronavirus had exposed “technical flaws” which make it hard for MPs to hold formal meetings remotely but said parliamentary staff were working “overtime to correct” this.

“This has been a wake up call about the way we work,” he said.

He praised the prime minister as having been “phenomenal” at keeping Parliament and the public informed and was optimistic Mr Johnson would agree to meet committee chairs.

The prime minister has not yet publicly responded to Mr Ellwood’s letter but on Wednesday, the Leader of the House Jacob Rees-Mogg emphasised the importance of Parliament being able to “continue its vital democratic functions of conducting scrutiny, authorising spending and making laws”.

The closure followed concerns that Parliament had become a hotspot for the coronavirus with a number of MPs self-isolating after displaying symptoms.

But some MPs questioned the decision arguing it risked undermining the Commons’ role as a scrutinising body at a time of national crisis.

Labour’s Wes Streeting said he felt “very uncomfortable” that the Commons would start recess before the government announced its package to help the self-employed. MPs ability to question ministers will be “diminished”, he said.

Another Labour MP, Barry Sheerman, called for “new ways of maintaining proper scrutiny of the government”.

The Liaison Committee is made up of the select committee chairs and traditionally takes evidence from the PM a couple of times a year.

Mr Johnson is yet to face the committee and has in the past been criticised for cancelling scheduled hearings.

Speaking at Prime Minister’s Questions on Wednesday, Mr Johnson promised to work with the Commons Speaker to ensure Parliament is kept informed.

Despite the closure of Parliament some committees are still taking place.

On Thursday, the health committee held an evidence session in which both witnesses and MPs took part remotely.

Speaker Sir Lindsay Hoyle told MPs work would take place throughout the break to ensure they had the technology they need to stay connected, and he expressed the hope that, with the government’s help, they could create “the virtual parliament and virtual select committees”.

And speaking to the Today programme on BBC Radio 4, Sir Lindsay said accountability was important but added “we’ve got to be careful we don’t tie ministers down so they don’t get on with their job.”

“Getting the balance right is important,” he added.