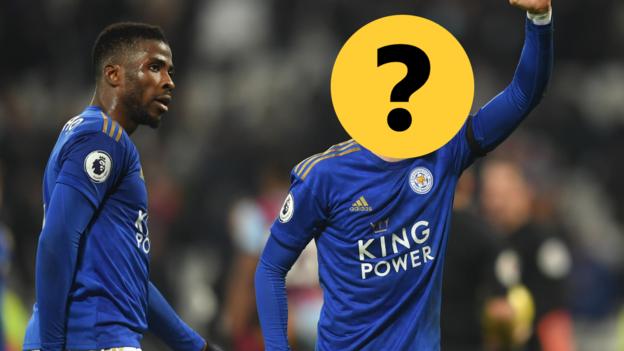 Liverpool are 13 points clear at the top of the Premier League again after beating Sheffield United at Anfield on Thursday night.

Behind them, Leicester and Manchester City both won while West Ham thrashed Bournemouth 4-0 in the first game of David Moyes’ second spell in charge of the Hammers.

Aston Villa also earned an important win at the bottom by beating Burnley and Watford won again under Nigel Pearson with a 2-1 victory over Wolves.

Brighton earned a point against Chelsea while Norwich and Crystal Palace drew 1-1.

Here’s my team of the week – have a read and then select your own below.

The first save, at full stretch, from Aaron Connolly was sensational and his second with his feet from Neal Maupay was almost as good but just as important. Despite him making my Team of the Week before, I’ve never been totally convinced by the performances of Kepa Arrizabalaga. He appears to be a very competent shot-stopper but not as commanding on crosses or set-pieces.

However, the Spain international dug Chelsea out of a very difficult period towards the end of this fixture and was the reason Brighton did not come away with all the points.

Did you know? Arrizabalaga made four saves for Chelsea at Amex Stadium, with half of those coming after Brighton had scored their equaliser.

Joe Gomez: It’s almost inconceivable to have a Team of the Week without a Liverpool player in it these days, such is their dominance in the Premier League.

However, I can’t help feeling the mighty Reds are only doing just enough to win games. That’s not a criticism by the way, but a compliment.

Joe Gomez is back in his favourite position and looking tremendous again. Five clean sheets so far this season. At this rate Liverpool could go the season unbeaten.

Did you know? Gomez won all three of his aerial duels against Sheffield United.

David Luiz: I’ve seen David Luiz in this mood before. There isn’t a defender in the country who can rise to an occasion and put in a stellar performance when he puts his mind to it quite like Luiz.

I’ve also seen him have the most awful games and left matches thinking what on earth was wrong with him today.

When I have interviewed him I have been left in no doubt that he is a highly intelligent individual who is a manager-in-waiting if ever I saw one. Those qualities were very visible against Manchester United.

The arrival of Mikel Arteta also appeals to him which means Arsenal could be back in business.

Did you know? No Arsenal player made more clearances (4) or blocks (2) than David Luiz against Manchester United.

Virgil van Dijk: Virgil van Dijk walked off the field at Anfield after brushing Sheffield United to one side without so much as a bead of sweat on his brow.

Liverpool were so comfortable against Sheffield United I got the distinct impression that the Blades were relieved to come away from this fixture having only conceded two goals.

With Gomez and Van Dijk at the centre of defence, Liverpool look impregnable.

Did you know? Van Dijk made more clearances (five) and more interceptions (three) than any Liverpool player against Sheffield United.

Abdoulaye Doucoure: He doesn’t score many goals but when he does they don’t come much bigger than against Wolverhampton Wanderers when you’re in the midst of a relegation battle.

Abdoulaye Doucoure was outstanding against Wolves, which was just as well, as they were proving to be very dangerous.

Watford had to play with 10 men for the final 20 minutes but Doucoure’s willingness to cover the ground and run the extra mile was worth watching.

A tremendous athlete who, with his ability, should be scoring more goals.

Jack Grealish: Aston Villa desperately needed these points although it did come at a price.

Jack Grealish was once again the driving force behind this impressive away victory at Turf Moor. The goal by the Villa captain was beautifully taken and enough to put the game beyond Burnley.

However, I thought the tackle by Ben Mee, which resulted in Wesley being carried off, was a heavy challenge and went unpunished.

I really don’t understand why a player can get booked for the most innocuous challenge and a tackle which is clearly meant to make you wince does not.

Did you know? Aston Villa’s Jack Grealish scored his sixth Premier League goal in his 19th appearance this season – as many as he netted in 31 matches in the Championship last season (excluding play-offs).

James Maddison: James Maddison’s sixth goal of the season and Leicester’s second away at St James’ Park was a screamer and enough to put Newcastle on skid row. There is a time for everything in football and players need to know when and when not to play.

It would seem that Newcastle failed to observe that basic rule against Leicester City.

Florian Lejeune should be docked a week’s wages for playing the ball across his own 18-yard box, the result of which cost his team the first goal and ultimately the match.

Did you know? Since the start of last season, Leicester’s James Maddison has scored eight Premier League goals from outside of the box; more than any other player.

Mark Noble: West Ham had lost four home games on the bounce prior to David Moyes returning to London Stadium. What took place against a Bournemouth side who had themselves suffered eight defeats in 10 games was quite extraordinary.

West Ham suddenly looked like they were playing at Upton Park again – full of urgency and purpose.

Four goals, two of them from Mark Noble, and a clean sheet finally gave their fans a little bit of what they have been yearning for – entertainment – and it was a great way for them to start the new year.

Meanwhile, I have never seen Eddie Howe looking more concerned and understandably so. Losing nine out of your last 10 games is relegation form.

Did you know? Mark Noble has been directly involved in 78 Premier League goals for West Ham (45 goals, 33 assists) – no player has had a hand in more for the club in the competition (level with Paolo di Canio).

My Iranian friends in my local cafe will have been celebrating with double espressos and baklava after their countryman scored two goals in two games. They kept telling me he was a player, although he struggled to get a regular run of games under former Brighton manager Chris Hughton.

Graham Potter is a more attacking manager and he has found room for the Iran international. Potter has been suitably rewarded for putting his faith in the player. Jahanbakhsh’s overhead kick was acrobatically brilliant. The degree of difficulty = 9.5. Style = 10.

Did you know? Despite only coming on as a 68th-minute substitute, no Brighton player had more shots (3) or created more chances (3) than goalscorer Alireza Jahanbakhsh.

Danny Ings: For a striker to have scored more than half of his team’s goals when just past the halfway mark of the season is very impressive and that’s precisely what Danny Ings has done.

When you analyse the way he took his goal against Spurs you can see why.

Quite apart from leaving Toby Alderweireld in his wake, he then left Paulo Gazzaniga motionless in the Tottenham goal with nothing to do other than watch the ball pass him into the back of the net. A genuine striker’s finish.

Did you know? Since the start of last season, only Sergio Aguero (9) has scored more Premier League goals against the division’s ‘big six’ clubs than Southampton’s Danny Ings (8).

Gabriel Jesus: If you’ve been brought into the team to replace Sergio Aguero, while the Argentine is sitting on the bench waiting to be called upon at a moment’s notice, scoring goals must be a minimum requirement.

It’s as well Gabriel Jesus has the ability to do just that. Two goals by the Brazil international, against a rejuvenated Everton, came in very handy for Manchester City and will not do Jesus’ credentials any harm either.

City can’t afford to lose any more fixtures. It’s Liverpool’s title to lose as it is.

Did you know? Gabriel Jesus has been directly involved in 69 goals in his 75 starts for Manchester City in all competitions, scoring 53 and assisting 16.

You’ve seen my selections this week. But who would you go for?

The Crooks of the Matter

I make no apology for continually banging on about my utter frustration of VAR in its current form. I raise the issue yet again, due to the total embarrassment the Premier League must be suffering whenever I hear fans around the country announcing their complete and total disapproval with a chorus of what Stockley Park can do with the technology.

Every time a goal is scored, or their celebrations are interrupted, they let the rest of the world know, and in no uncertain terms, exactly what they think of how the science is affecting their game and destroying their entertainment.

The song is unpleasant, aggressive and rings around Premier League grounds and through our television sets like a piercing tone. Commentators and pundits might do their best to talk over the chant but we all know what they are singing.

Football fans have always let us know what they think and it is the immediacy of their approval, or disapproval, and the way it is presented that provides football with its uniqueness.

VAR, in its current form, is sucking that exceptionality out of the game. The fans are making themselves heard and soon viewers may follow with their subscriptions. The question we must ask ourselves now is: is anyone listening?