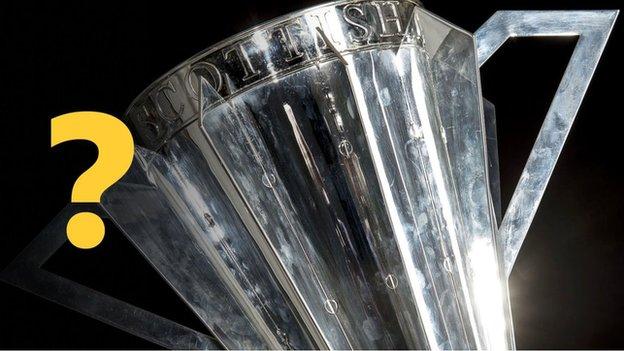 Midway through April, Scottish football disappeared down a rabbit hole.

Three-and-a-half months of controversial resolutions and failed reconstructions, enforced relegations and bitter recriminations. We’ve had the Rangers dossier, the Deloitte report, the Court of Session hearings and the arbitration panel.

Through increasingly aggressive communications – in public and in private – relationships have been torn asunder. Scottish football is an unending and glorious odditorium, but what’s happened in recent times has gone beyond that.

But competitive football is back, thank heavens. Remember it? The league season is upon us. Not as we have known it, but it’s here nonetheless, fan-less for now, but very welcome all the same.

Despite all the talk, there are still 12 teams in the Premiership and 12 distinct stories. There are hopes and fears, like every other year.

In that sense, if in no other sense, things are back to normal. It won’t be long before new narratives take hold, before controversy of a different kind rages.

Twelve questions, then, for the new season. Football chat, at last.

Celtic fans have sung about it for years and now the season of truth has arrived. History beckons for Neil Lennon’s side. If you had to bet your last fiver, you’d lump it on them completing what they started when beating Hibs 2-0 away back in the first game of the 2011-12 season.

Can anybody see the pressure getting to them? Can anybody see stand-up players who have reeled off trophy win after trophy win suddenly being cowed by the enormity of what they’re chasing? Is Scott Brown going to fall in a heap? Is Odsonne Edouard suddenly going to become powder puff in front of goal? Are Callum McGregor, Ryan Christie, James Forrest and the rest going to lose their way? A whole series of improbable events would need to happen for Celtic to be stopped.

Upsets occur, so it’s not a racing certainty, but they look to have too much artillery, too much character and too much motivation. Ten-in-a-row is nigh.

It might seem ridiculous to say that such a totemic football figure will not have experienced the kind of pressure that awaits him in the coming season, but it’s surely true. Pressure of playing is one thing, but the pressure of managing a Rangers team that has to stop Celtic winning the league on pain of persecution is quite another.

It’s hard to think of another guy in global football who will have a more stressful environment than Gerrard in the months ahead. And now he’s got the drama surrounding Alfredo Morelos to contend with as well.

Even if his striker stays – a big if – his best XI is probably going to be largely the same as the implosion months of last season, unless some excellent business is done in the coming weeks and months. That’s possible, of course. Gerrard is pushing for more funds to buy more players.

He has a good starting line-up, and if they steal a march on Celtic early on and transfer the pressure on to them then you never know what might happen, but have they got the nerve to go the distance? Doubts persist about temperament. They’ve collapsed two years in a row, so predicting anything other than second place is a blind punt not a prediction based on evidence.

Can Turnbull get back to his best?

David Turnbull’s return after a cruel injury was wonderful to see, even if it only lasted for 19 minutes against St Mirren and 17 minutes against Hearts at the end of last season. The young Motherwell midfielder is due some luck and, if he gets it, the big question is can he reproduce his excellence of 2018-19 that convinced Celtic to bid for him.

Motherwell will feel like they’ve signed a new player of fantastic potential. That’s if they manage to hold on to him. That’s not a given.

It’s worth reminding ourselves of his influence in the season before last – the decisive goal in games against St Mirren, Dundee, Hibs, Dundee again, Hearts, Hamilton, Dundee once more and Livingston. Nine league goals (16 in all competitions) and five league assists for a team that finished eighth.

A crude way of calculating it, perhaps, but that’s 24 league points. Stephen Robinson’s pulse must be quickening at the prospect of Turnbull in full flight.

Sam Cosgrove’s injury is a terrible blow after his 23 goals in all competitions last season.

Derek McInnes has indicated that Aberdeen will try to play with more creativity this season, so the two-month loss of the man best equipped to capitalise on the extra attacking edge Jonny Hayes should bring will have rocked everyone at Pittodrie. They have brought in young Ryan Edmondson from Leeds on loan, but the onus will be on Curtis Main to deliver. No pressure.

McInnes is going to have to plan without the injured Mikey Devlin for two months but at least he has another important player, Craig Bryson, fit again. Solving the problem up front is the manager’s biggest early-season challenge.

Can Livingston win on grass?

Gary Holt received great and justified praise for the job he did in getting Livingston up to fifth last season, especially after his goalkeeper Liam Kelly and two hugely influential defenders in Craig Halkett and Declan Gallagher left last summer. To finish where they did was a tribute to Holt’s management.

There’s always an elephant in the room when it comes to Livi and that’s the perceived advantage their artificial pitch gives them. Last season they got 28 points at home and only 11 away. They won one league match on grass. The previous league season they only won two.

If they manage to keep striker Lyndon Dykes, then improving the away form and silencing the critics has got to be a major driving force for them.

Is Davidson the new Saint?

If he’s not already sick of hearing about how much St Johnstone are going to miss Tommy Wright, then he soon will be. Wright was a colossus at McDiarmid Park and Davidson has a huge job on his hands to keep things moving in the right direction on his return to Perth. He’s cool, though. He’s his own man.

The squad he’s inherited is a decent one with some really gifted young players at his disposal. The loss of Drey Wright will have hurt but the signing of defender Shaun Rooney from Inverness looks a solid acquisition. Previously a coach at Millwall, Davidson looks like he’s relishing his new life.

Is Gogic the enforcer Hibs’ need?

Only Celtic and Rangers scored more league goals last season than Hibs and the signings of Drey Wright and Kevin Nisbet are surely going to see those numbers improve again. And yet the capture of Gogic might yet prove to be more meaningful as Hibs attempt to bring some robustness to the middle of the park.

They score enough goals to challenge for top three but concede way too many. Only the bottom three – Ross County, Hamilton and Hearts – shipped more last season, so it’s not rocket science to see where they need to improve. Gogic could be part of the solution.

Can Burke complete the 16-in-a-row?

The Kilmarnock winger turns 37 in December and yet he’s still bringing his influence to bear. Whether it’s for Rangers, Cardiff, Birmingham, Nottingham Forest, Rotherham, Ross County or his current team, Burke has scored at least one goal in each of his last 15 seasons. He’s odds-on to make it 16.

To add another layer to this, Burke scored his first senior goal, for Rangers against Kilmarnock, in March 2002. Team-mate Eamonn Brophy was still in Primary One. Burke’s experience and energy is invaluable to his side. A class guy and an example to others.

How will St Mirren fare without Hladky?

The Czech goalkeeper was outstanding and his loss is acute. It’s hard to quantify how many points his saves were worth to St Mirren, but he was a much-valued character. Jim Goodwin has brought in Jak Alnwick to replace him and pretty much a new back four. Richard Tait, Joe Shaughnessy and Marcus Fraser are experienced operators at this level.

Ilkay Durmus and Jonathan Obika scored important goals last season and young Kyle McAllister is a talent. That said, they need more threat. They only got 24 league goals in 30 games last season and only escaped relegation by the skin of their teeth. If Goodwin can find a little firepower, then the coming campaign can be a whole lot less stressful than the last one.

Can County shore it up at the back?

If they concede the volume of goals they shipped last season then they’re going to be in trouble. They lost 60 goals in 30 league games.

The way they were going – only two wins in their 13 games before the season ended – they might have been in mortal danger of the drop had the pandemic not saved them. Even Hearts, as hopeless as they were, got more points in 2020. Billy Mckay’s goals in March saved them further anguish, but that defence needs to show vast improvement.

Do we dare write-off Hamilton again?

Been there, done it and have egg on the face to prove it. Just when you think Hamilton are on an inexorable slide into relegation, they produce something to remind you of their battling qualities.

From the end of December to the end of February they didn’t win a league game, but in their last two matches before the season was called, they beat Rangers away and Kilmarnock at home and didn’t concede in either. They finished 11th.

You wouldn’t bet against them doing the same this time and then surviving the play-off.

Will Shankland step up?

The striker was the difference between promotion and another season in the Championship for Dundee United. He prospered despite fairly average service for much of the season, a tribute to his predatory instincts.

He scored 29 goals in 35 games, the majority of them in the Championship. Can he step up? It would be a major surprise if he didn’t. Shankland had three games against Premiership opposition last season – two Scottish Cup ties against Hibs and a League Cup contest against Hearts – and scored in all three.

He’s a natural finisher and though he’s moving up a level he’s still plenty good enough to take advantage of defensive mishaps. Watching Shankland adapt will be fascinating.