Science Jenny Hocking: The Australian historian who took on the Palace and won 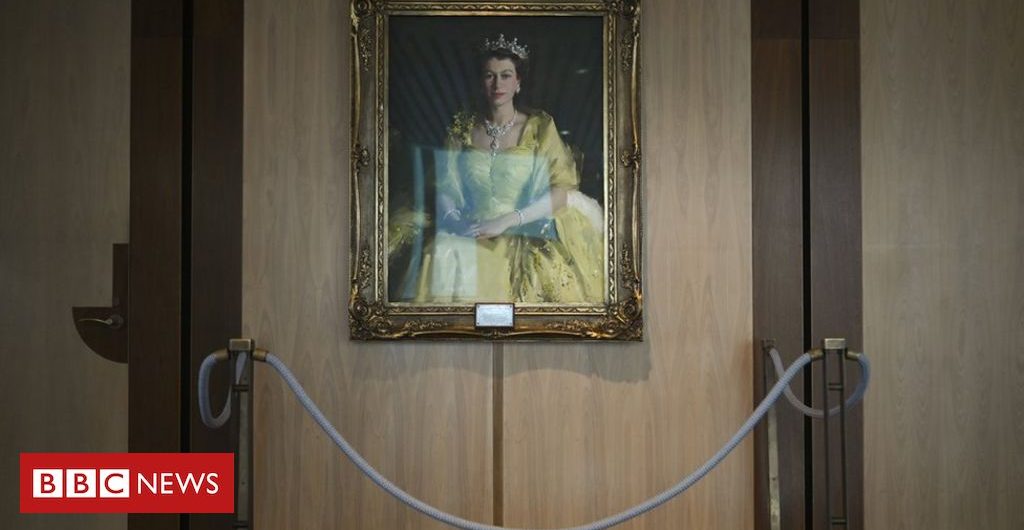 On Tuesday morning, at home under virus lockdown in Melbourne, historian Jenny Hocking finally laid eyes on the secret letters she had fought for years to see.

The scans on her screen were 45-year-old correspondence between the Queen and her representative in Australia, Governor-General Sir John Kerr, during a time of political tumult.

Specifically, the 1975 sacking of Prime Minister Gough Whitlam, a charismatic, progressive leader who had been re-elected with a majority just 18 months earlier.

In a political ambush on 11 November, he was dismissed and his government dissolved by Sir John Kerr – who represented the Queen but was supposed to act on the advice of the Australian prime minister.

Conspiracies and debate over the decision have raged ever since. Did Sir John have the right to do this? Was the Queen influential in any way?

A trove of “Palace letters” hidden away in Australia’s national archives was said to contain the truth.

But when Prof Hocking, researching almost a decade ago, went to retrieve them, she found them blocked under a royal decree that might never be lifted.

“These were tremendously important, historical documents and yet the Queen had an embargo over them,” she told the BBC.

“Well, to any historian, that’s going to be something you’re determined to overturn if you can.”

So began a years-long mission, a million-dollar court battle and trips to dusty London libraries to track down scraps of evidence.

“The Dismissal”, as it’s known in Australia, is taught in every school history class – viewed as the most dramatic episode in the nation’s political history.

Like many other Australians who were alive at the time, Prof Hocking can recall when she learnt the shocking news.

“I was a science student at university and had been following the events – the tensions – very closely for days. When a friend broke the news – I was just shocked, I couldn’t believe that that would even happen.”

It was the first, and remains the only time, a prime minister and government elected by the Australian people had been removed by a governor-general. Until that point, no-one had even known the Queen’s representative – a mainly symbolic figure- had such power (and it remains a contested point among legal experts).

The dismissal was viewed as intensely political. It prompted protests in the street with cries from Whitlam’s supporters of a “constitutional coup” and suggestions a “royal prerogative” had been imposed from afar.

Whitlam, who died in 2014, always maintained that he had been the victim of a conspiracy cooked up between Sir John – a pompous figure who often wore a top hat and coat tails and played up his connection to the Palace – and his conservative successor, Malcolm Fraser.

Prof Hocking never thought she would return to the “shock of the dismissal” in a professional capacity. For many years she didn’t go near Australian history, working as a documentary film-maker and then as a counter-terrorism expert in the 1990s.

But then later on, while researching her biography of Gough Whitlam, published in 2012, she found there was much more to be learned about the machinations of his exit.

After resigning in 1977, Sir John deposited most his writings from his time in office in the National Archives.

From combing through those records, Prof Hocking found further evidence indicating his betrayal of Prime Minister Whitlam in 1975: secret meetings held with the then Opposition Leader Malcolm Fraser, and consultations with High Court judges who helped draft Whitlam’s removal letter.

These revelations, published in her book The Dismissal Dossier in 2015, transformed the history of Whitlam’s exit as it had been told.

“It was quite a shocking story of deception and a distortion of the history that followed,” says Prof Hocking. “Kerr actually misled the Australian people.”

But missing among these crucial records were the “Palace letters” – what the governor-general had told the Queen over the years and the messages he’d received back.

These were withheld as they were labelled “personal” correspondence with the Queen – a notion that seemed ridiculous to Prof Hocking.

However, as they weren’t classified as state records, there appeared to be no way of challenging for access. Then one day in 2015, Prof Hocking came across an essay written by a barrister in Sydney.

Science A court loss, then a win

Tom Brennan, a prominent lawyer, was “appalled” by reports that then Prime Minister Malcolm Turnbull – a noted republican – was about to “go over to Buckingham Palace and advise the Queen that these documents should be released”. He knew that Australia’s own laws could allow such access.

“I was enraged so I published my article,” he told the BBC. “And that was the end of my efforts as far as I was concerned. I wasn’t going to do anything beyond that.

“Then out of the blue, Jenny approaches me and proceeds to say, ‘well why don’t we take whatever court action necessary to get the letters’?”

Their case against the National Archives was launched in the Federal Court of Australia in 2016. Prof Hocking’s lawyers were some of Australia’s top silks – including Mr Brennan, Bret Walker SC and Antony Whitlam, a former judge of that very same court.

Note the surname. Yes, the eldest son of Gough Whitlam acted as counsel for Prof Hocking in the first hearing.

They lost that trial – a devastating blow. But Mr Brennan says the historian was determined to push forward with a final appeal in the High Court of Australia – which was won in May.

Prof Hocking has often said the letters’ release would not have been achieved without her “extraordinary” legal team who worked for free.

But Mr Brennan points out that it was the historian who found most of the evidence. “She had the major job of actually finding all the historical detail, which was the basis of us ultimately winning the thing at the High Court.”

He notes Prof Hocking travelled to the English National Archives in London on research trips, where she would manually track down obscure records – which later proved key to the case’s success.

“We had, as a client, a historian who was all over it,” says Mr Brennan, chuckling. “We were opposed by the government, who on their team – look, they didn’t have any historians.”

He also notes the immense financial burden shouldered by Prof Hocking in running the case, and her efforts to consistently crowd-fund and attract supporters to the obscure cause.

Eventually, there were agreements with the government to cap legal costs if the historian lost the case. But even the basic legal fees of running an action were near prohibitive.

For example, a one-day trial in the Federal Court will start at A$10,000 (£5,500; $7,000). When the National Archives lost the High Court appeal in May, they were ordered to pay out about A$2m in legal costs – a sum borne by the Australian taxpayer.

Mr Brennan says: “Really, [the release of the letters] is a tribute to her tenacity. I think the country owes her a great debt of gratitude.”

The letters revealed on Tuesday showed the Queen was not told in advance by Sir John of his decision to sack the prime minister. This was expected by most observers, who said the governor-general would have sought to protect the Crown.

However, the letters reveal discussion over the political power held by Sir John. They indicate too his decision to withhold information from the prime minister, whose advice he was bound to accept.

He told the BBC the letters showed that, in the middle of a huge constitutional crisis, the Queen and her private secretary knew more about Sir John’s intentions than Australia’s elected prime minister.

“The fate of an elected government was being determined to a large extent by an unelected governor-general and his voluminous, almost obsessive correspondence with the Palace,” he said.

“The release of the ‘Palace letters’ reinforce the need for an Australian Republic.”

Others, including Labor Party leader Anthony Albanese made similar calls for a republic on Tuesday following the release.

“This is a very important step in the continuing move to independence for the country,” Mr Brennan said.