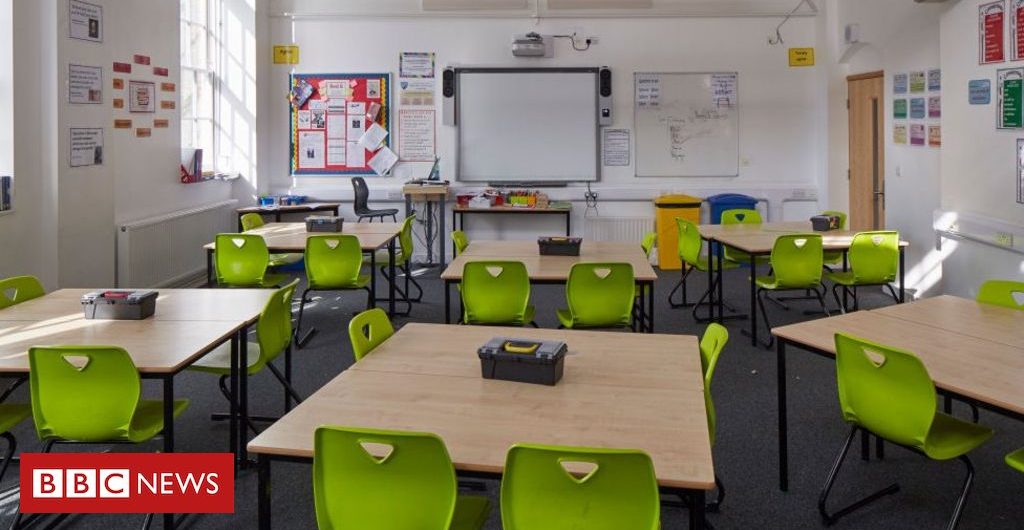 This week it was revealed that teachers in Northern Ireland will predict the grades they think pupils would have achieved in cancelled GCSE, AS and A-Level exams.

Schools will also be asked to rank pupils in each subject from top to bottom.

But how do teachers, parents and pupils across NI feel about the decision?

Stephen McCord, who is incoming president of the Ulster Teachers’ Union and head of science at Larne High, welcomed the fact that “our members’ expertise will play a pivotal role in how students transition from GCSE to AS and A-Level”.

Mr McCord said the news was “vindication of what we have long maintained – that for too long, education has been blighted by endless, overly bureaucratic assessment and box ticking, leaving teachers’ professionalism increasingly undermined”.

However, there is less optimism about the news among the students who will be most directly affected by the move.

For those who had planned to put the lion’s share of their efforts into the last few months of term, the move has come as a particular blow.

Lara is concerned that her predicted mark “won’t be a true reflection of my ability, as I didn’t work as hard as I could have at the beginning of the year because it was very difficult adjusting” from the move up a year.

This concern is shared by Year 14 student Scarlett Reid who has applied to study journalism at Leeds University in September.

Scarlett’s predicted A-Level grades are three As, so she should, in theory, have no problem being accepted on to her course, which requires two As and a B.

However, her fear centres around the fact that her peers at Strathearn School in east Belfast are “particularly high-achieving”.

“Some of my friends have been predicted three or four A stars, so what if the teachers have a limit on the number of A grades they can award?

“If they put us in rank order, I could be disadvantaged on the basis that my school year happens to be a really strong one academically.”

Year 14 Rathmore College student Flynn Ryan said the move to use predicted grades is “heaping a lot of pressure on teachers”.

“There’s still a lack of clarity around how exactly this will work and it’s understandable some will feel they’ve been unfairly treated,” he said.

Flynn, who has applied to Cambridge University and has been predicted to achieve four A stars, believes that “for those who’ve worked consistently throughout the year, it’s great, but others who would have pushed really hard to achieve what they needed in the last few months, they’ll be disadvantaged”.

Lisburn mother Lisa Masterson said her Year 14 daughter Serena’s predicted grades would have been enough to grant her entry into her university course of choice.

However, after disappointing mock exams in January, she too is worried that, as she attends “a very academically strong school, when it comes to ranking, [her grades] could fall”.

“The uncertainty has caused the entire household to be anxious and stressed,” said Mrs Masterson.

“Ucas decisions have to be made in May. Student finance needs to be applied for – all this whilst not knowing if the entire school year will need be repeated.”

Belfast mother Anna McGovern acknowledged that there was “no perfect solution” to the problem, and that teachers “have a difficult job on their hands”, but she but added that her Year 12 daughter feels she would have done better in the actual exam than she did in her mocks.

Meanwhile Belfast father Kevin Blaney, who is also a teacher, believes the choice the minister made was “a fair decision”.

He added that in future, “much more emphasis will be placed on mock exams, for fear a similar situation could arise again”.