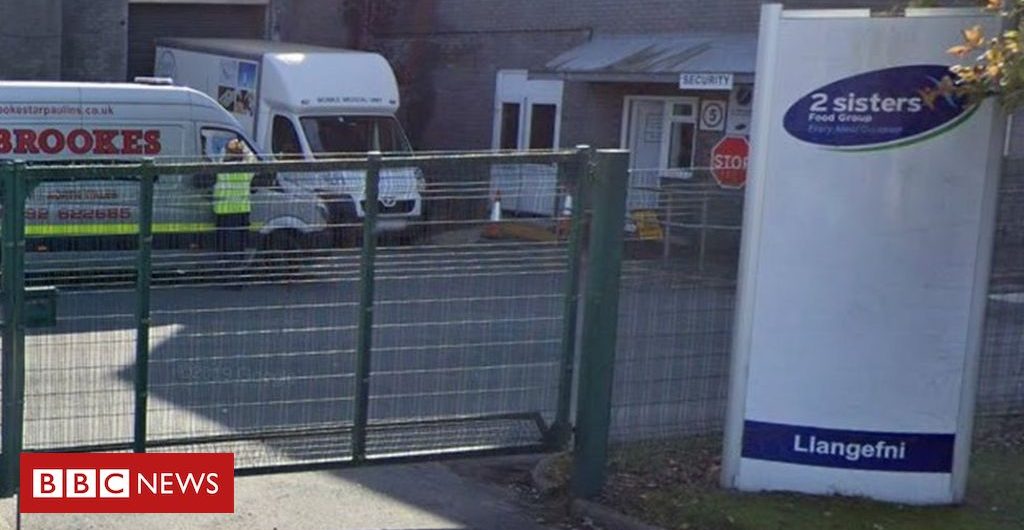 Schools in Anglesey will not reopen as planned, after an outbreak of coronavirus at a meat processing factory.

All staff at the 2 Sisters chicken factory, in Llangefni are self-isolating after 61 workers tested positive.

Classrooms across Wales are due to reopen on Monday 29 June, for pupils to check in with their teachers.

But the council said the safety of children and teachers was its priority.

It comes after Public Health Wales statistics showed a growing number of positive cases of Covid-19 on Anglesey in recent days.

Anglesey council leader Llinos Medi said the increasing number of cases and the outbreak at the factory had caused a “great deal of uncertainty and concern on the island”. “It is, of course, possible that we could see an increase in community transmission of the virus,” she said.

“I am not, at present, willing to see classrooms reopened to Anglesey children.” “Given the current uncertainty, I believe that this is the right course of action, and the best decision in respect of the safety of our children, all school staff and wider communities.”

She earlier told BBC Radio Wales the island may not be ready to reopen to visitors on 6 July – the date the Welsh Government has indicated the “stay local” restrictions will be lifted.

2 Sisters is one of the largest food producers in the UK and produces about a third of all the poultry products eaten each day.

It has suspended production and closed the factory, which supplies local authorities, hospitals, restaurants and small businesses, following the outbreak.

Public Health Wales said staff and contractors working at the processing plant, which has 560 workers, had been asked to self-isolate for 14 days, and all staff would be contacted by the company for testing.

Meanwhile in Wrexham, 38 staff have tested positive at Rowan Foods, which supplies supermarkets.

The company, which employs 1,500 people, said 38 staff were “absent due to testing positive for Covid-19”, but said there was “no clear evidence to suggest that there is a spread of the virus within the site”.

Public Health Wales said an outbreak “has not been declared at the site”, and investigations were ongoing as to the “possible cause of the cluster, and no firm conclusions can be reached at this early stage”.

An army testing unit is being set up in Wrexham to help test workers for Covid-19.

First Minister Mark Drakeford said the virus at the Anglesey factory was down to its internal organisation, but it had been brought into the Wrexham factory.

2 Sisters said it had no agency workers at the Llangefni plant, and “the health, safety and well-being of our colleagues is ultimately the thing that matters most at our business.

It added: “We will not tolerate any unnecessary risks – however small – for our existing loyal workforce at the facility.”

“On Anglesey, we think it may be to do with the internal organisation of the factory and the challenges of maintaining social distance.

“In Wrexham, so far the science is saying that wasn’t the cause, it’s not internal to the factory. It’s just that the disease was brought in by people who would become infected outside the factory so there’s not just one explanation for both.”

He said ministers did not believe the Wrexham factory had found social distancing a challenge.

In Wales, employers are required by law to do everything they can to make sure workers can socially distance while in the workplace, or face a fine of up to £120.

The Food Standards Agency said it was “very unlikely you can catch coronavirus from food” as the virus is a respiratory illness.

Anglesey MP Virginia Crosbie said she was “hugely concerned” by what had happened at 2 Sisters.

“This situation highlights the risks faced by people working in this sector and we should all be hugely grateful for the contribution that the 2 Sisters employees have made, and the courage that they have demonstrated, in supporting the fight against Covid-19,” she said.

She said she was liaising with the management at the plant to ensure that “none of the workers are left without pay during the duration of the plant’s closure”.

Anywhere cold, damp and indoors is an ideal environment for the coronavirus to thrive.

It survives best on cool surfaces, especially if there’s no dry breeze to get rid of the moisture or any ultraviolet light from the sun to kill it off.

Add to that the challenges of social distancing on a busy production line, together with loud machinery forcing staff to raise their voices.

Researchers know that situations where people sing – or have to shout – increases the chances of them projecting the virus to others nearby.

According to Prof Calum Semple, an infectious disease specialist at the University of Liverpool, and an adviser to the government, meat processing plants can be “a perfect environment for the virus to persist on surfaces and in the air.”