Many pregnant women have been wrongly sent home on sick pay or unpaid leave during the coronavirus crisis, a Welsh MP has claimed.

The Gower MP Tonia Antoniazzi says she is handling cases from constituents about employers believed to be in breach of health and safety law.

She says cases include employees of the NHS or care homes.

But NHS Wales health boards say staff are paid in full if they are advised they should not be in work.

Campaigners have called on the government to issue more guidance for employers of pregnant women.

The UK Government say they are monitoring the situation closely, but any maternity discrimination is “completely unacceptable”‘

Gemma, not her real name, is 16 weeks pregnant and is a care assistant at a care home in Wrexham.

“I’ve been told by my midwife that staying off work is wise,” she said.

“My boss has been supportive about me being off work but it has been put as unpaid leave.

“I have asked about being furloughed and the head office has told me they aren’t furloughing anyone at all.”

Gemma was advised by her employer that she could get sick pay if she phoned her doctor.

“I could phone up for sick pay but I don’t think that’s right because sick pay is for sick people,” she said.

“If you’re not sick you shouldn’t be getting sick pay. We had to take a mortgage holiday.

“I’m already on minimum wage, so when I get to maternity leave I’m going to be paying more of my mortgage.

Health and safety law in the UK states that if there are any risks to an expectant mother at work, her employers must adjust her working conditions, offer her alternative work, or if that is not possible suspend her from work on paid leave for as long as necessary.

The UK Government has said some pregnant workers will be at greater risk of severe illness from Covid-19 and will have received a shielding letter from the NHS.

Employers need to take this into account in their risk assessment and, if the necessary control measures such as working from home cannot be put in place, they should suspend the pregnant worker on full pay.

Louise, whose name has been changed, is a healthcare assistant from Wrexham who received a shielding letter advising her to self-isolate for 12 weeks – so she is unable to go into work.

But her employer has asked her to take maternity leave early.

“I’m currently on maternity leave which is due to end on 11 May, but I am pregnant again with my next maternity due to start on 1 August 2020.

“Due to me not being sick I am unable to claim sick pay. I have been advised I will have to take my maternity leave from 21 June. I have also lost out on my next lot of maternity pay due to not earning enough wages from 11-30 May.

“So now I am currently not working with zero pay, and will be until March 2021.”

Louise claims her employer would not furlough her because she is on a zero hours contract, but the UK government says you can be furloughed on “any type of contract.”

Joeli Brearley is the founder of the organisation Pregnant Then Screwed, who provide advice for women experiencing pregnancy discrimination.

She says since pregnant women were included in the list of clinically vulnerable people as a precaution on 16 March, her organisation has received many reports of unlawful treatment.

“And then we’re hearing from a large number of women who are being suspended on sick pay when they’re not sick. So, again, that’s unlawful. And it means that they’re really, really struggling financially, because these are very small amounts of money.”

“We’re also, in addition to that, hearing from many women who are still being forced to work in environments that they consider unsafe.”

“I think the reason why it’s happening is because this is all very new,” she said.

“And the government hasn’t issued specific advice for employers.

“So they really have no idea how they’re meant to be behaving. And that’s why we’re seeing such diversity in reactions to pregnant women, because there’s no clear guidance on it.

A UK Government spokesperson said: “Pregnancy and maternity discrimination is completely unacceptable and the law remains the same.

“The Business Secretary continues to work with businesses, union leaders and the science and medical community so we can ensure workplaces are safe for those who will go back to work once the measures are relaxed, including pregnant women.” 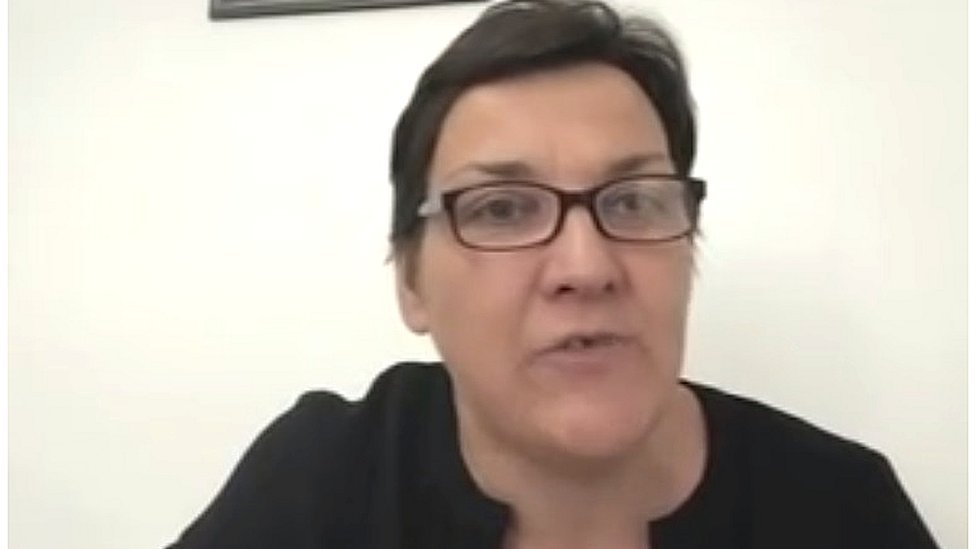 It is really, really important that even though you might not be feeling like you want to have a conversation with your employer that those conversations are had

Ms Antoniazzi, a Labour MP for the Gower, said most of the queries she has received from constituents are from pregnant women working for the NHS and care homes.

“Women need to know their rights,” she said.

“And it is really important that even though you might not be feeling like you want to have a conversation with your employer that those conversations are had. An employer needs to know what their situation is and they need to be seeking advice in order for them to look after their employees that are pregnant.”

NHS Wales health boards who responded to requests for comment confirmed no pregnant women are expected to take leave on sick pay or no pay to protect themselves – and that pregnant employees should be offered alternative work if any workplace risks cannot be removed.

Ms Brearley recommends women who believe they have been treated unlawfully write to their employer, seek legal advice or call their helpline.

She added: “People are in crisis mode at the moment. And what we see throughout history is when the economy contracts, when there are crises afoot, women tend to suffer and pregnancy, maternity discrimination increases.”

“Most of that is not true. It’s a complete misnomer. We don’t cost anything. The government pays statutory maternity pay. We’re certainly not not committed. We’re very committed to our work, even if we do have children. But we do know that those biases tend to be more pronounced in times of crisis.”

Science What are your rights?

If the risk cannot be removed employers are required to: