Science Coronavirus: 2m review to be completed in the ‘coming weeks’ 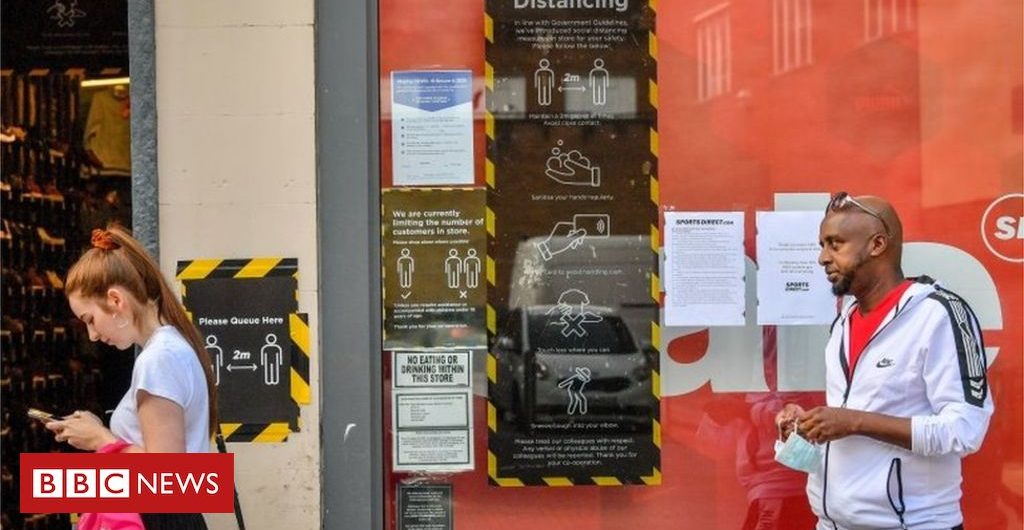 A review into the 2m social distancing rule, implemented to stop the spread of coronavirus, will be completed “in the coming weeks”, No 10 has said.

But Health Minister Edward Argar could not say if it would be done by the time pubs and restaurants in England are due to reopen on 4 July.

The hospitality industry and some MPs have called for the rule to be relaxed.

Mr Argar said it was important to find the “right balance” between the impact of public health and on the economy.

Kate Nicholls, chief executive of the industry body UKHospitality, said that with a 2m rule, outlets would be only able to make about 30% of normal revenues, whereas 1m would increase that to 60-75%.

Speaking to BBC Breakfast, she said: “We very much welcome the government’s decision to conduct a review on this because it is a matter of survival or business failure as far as hospitality is concerned.”

Dr Michael Tildesley, an infectious disease scientist at the University of Warwick, said studies were “unclear” but that there was “an increase in risk with going down to one metre”.

“But I have to stress this is purely based upon public health, and the government has to consider economic factors before taking a decision.”

The announcement comes as the number of people who have died after testing positive from coronavirus rose by 38 to 41,739. The number of confirmed cases has increased by 1,056 to 296,857.

Meanwhile shops in England reopened for the first time since the lockdown was introduced, with long queues reported outside Primark shops in London and Birmingham.

Retailers will still have to enforce strict safety measures including implementing one-way systems and abiding by the 2m social distancing rule.

Under the rule, the UK government currently advises people to stay 2m (6ft 6in) apart from others to avoid spreading coronavirus.

This is further than the World Health Organization’s recommendation of at least 1m (just over 3ft), and some other countries like France and Denmark. But the government’s scientific advisers say that being 1m apart carries up to 10 times the risk of being 2m apart.

However, there are widespread concerns about the impact of the rule on the UK economy, which is already suffering from the pandemic.

The government’s review has been broadly welcomed – but some are nervous it is a delaying tactic and that it could take a few weeks before we have a result.

Some prominent Conservatives have been in the Commons urging ministers to come up with an answer by 4 July, when the hospitality industry is due to reopen in England.

Former Tory leader Iain Duncan Smith has said it the most important strategic decisions the government is facing in easing lockdown.

So far, the government hasn’t committed to making its decision in the next three weeks. They are saying they will act as swiftly as possible based on the scientific – but also economic – advice.

Some bars, restaurants and pubs say they will be unable to make a profit if the 2m guidance is still in place when they reopen.

Relaxing the 2m rule could also allow more children to return to school. Hamid Patel, chief executive of the Star Academy Group, has said that with 2m distancing in place, no more than 50% of secondary pupils could attend, and in some schools it would be lower.

On Sunday, the government announced it would be reviewing the rule, with Prime Minister Boris Johnson saying there would be “margin for manoeuvre” as the number of coronavirus cases falls.

The PM’s spokesman said the review would look at transmission of coronavirus in different environments, incidence rates and international comparisons.

It is to be chaired by Simon Case, the No 10 permanent secretary and will take evidence from medical experts, economists as well as considering papers from SAGE (Scientific Advisory Group for Emergencies).

During an urgent question in the House of Commons, a number of MPs urged the government to ease the 2m rule.

Conservative Tobias Ellwood said moving to a 1m limit would be “game changing for re-opening our schools and reopening our economy”.

But another Conservative, Michael Fabricant, warned of the risk of a second spike and said “nobody would thank us if we have to go back into lockdown”.

Mr Argar said the government wanted get the review out “as swiftly as we can” to allow businesses to prepare for any changes to guidance. However he added that he would not set a deadline.

So far all the nations of the UK have maintained the 2m rule.

On Monday, First Minister Nicola Sturgeon said she was looking at “ongoing evidence” but added that she would not be setting a timescale for easing the rule.

“It’s really important that it, or any other single aspect of trying to suppress this virus is not looked at in isolation,” she said.

“If you reduce the distance that are other things you have to consider about like face coverings – and also the amount of time it is then safe for people to be in that kind of proximity.”

Hospitality venues could begin reopening from 4 July in England and 3 July in Northern Ireland but no date has been given in Scotland or Wales.

In Northern Ireland, all shops were allowed to open from Friday. No dates have been set for the reopening of non-essential shops in Scotland and Wales, although each country has set out its planned stages for lifting lockdown.