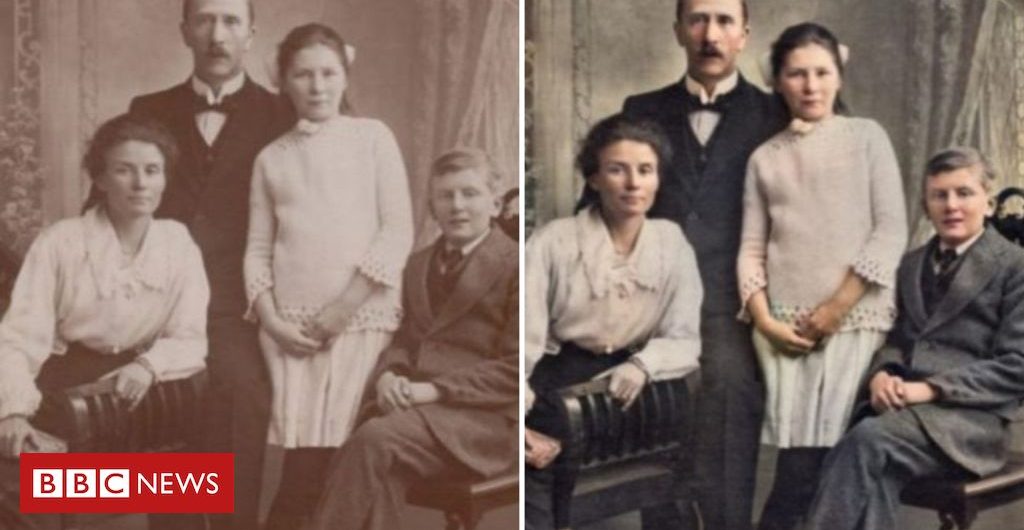 A man has been collecting lost photos of people in Coventry and bringing them to life using colourisation.

Pete Knight started buying pictures “without any real plan” before coming up with the idea of digitising them and creating an archive where the memories could be stored.

Using “deepfake” technology, he also made a video to make the pictures move.

Mr Knight said: “Every now and again I’ve come across a photo of someone on eBay and felt sorry they were adrift.”

He said he has about 50 images so far, all of which have been colourised, and some which he has animated.

Mr Knight, who now lives in Birmingham, designed Coventry Rebuilt, a highly detailed computer model of the city through the ages.

“I have collected loads of old postcards, mostly of buildings,” he said.

But he said he had more recently started buying images of people snapped by professional photographers in the city, often decades ago, but was “collecting them without any real plan”.

“All I knew was they once had their photo taken in Coventry, other than that I have next to no idea who they are.

“I wanted to give them a home.”

He said he had the idea to digitise the “forgotten family”

“Every now and again I see a whole photo album, from wedding photos to 60th anniversary and everything in between, the last trace of someone’s existence,” Mr Knight said.

“My heart really goes out to them… sadly I can’t give every one a home.”

His long-term aim for the pictures, he said, was to use the pictures to create fully realised 3D characters who could walk the digital streets he has built, creating a “virtual history” of Coventry.