Environment UK ban on US chlorinated chicken ‘to continue after Brexit’ 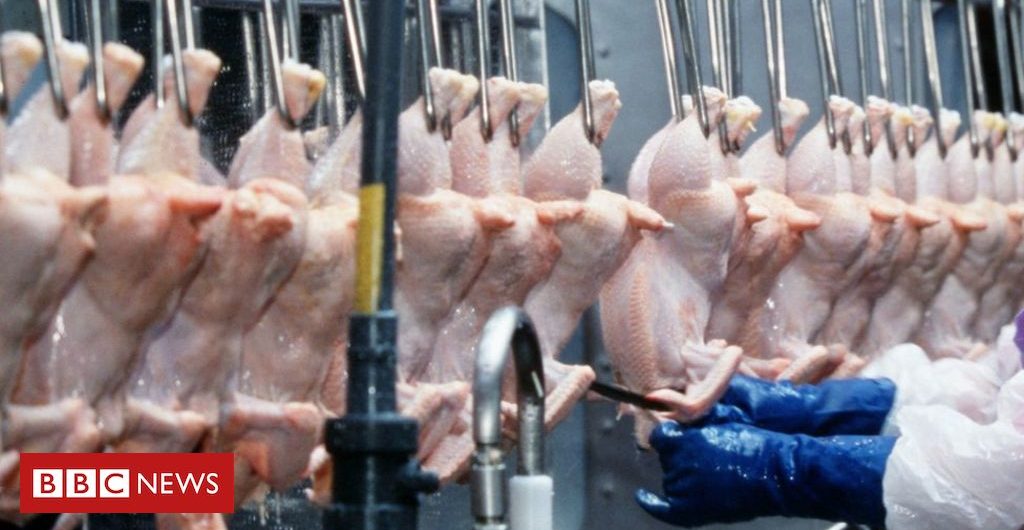 Chlorine-washed chicken and hormone-treated beef will be kept out of the UK under any trade deal with the US, the environment secretary has promised.

Theresa Villiers told the BBC the current European Union ban on the two foods will be carried over into UK legislation after Brexit.

Until now the UK has been wavering on the issue.

But she told BBC Countryfile: “There are legal barriers to the imports and those are going to stay in place.”

Ms Villiers has previously talked of imposing tariffs on any future imports of US chicken and beef. But she’s been under great pressure from Britain’s farmers.

In the exclusive interview with the Countryfile programme, she said: “We will defend our national interests and our values, including our high standards of animal welfare.”

Chlorine-washed chicken and hormone-treated beef are illegal under EU law for different reasons.

The EU says feeding cows with growth-enhancing chemicals could potentially result in harm to beef-eating humans – a suggestion the US fervently rejects.

There is, on the other hand, no human health threat from using a bleach solution to kill salmonella on chickens. In fact, it’s rather effective.

But the EU says using chlorine allows American farmers to be careless with the welfare of the chickens.

The US regards the rules against these products as a European ruse to protect its own producers, and has stated that the trade of both meat products will be central to any UK-US trade deal after Brexit.

So Ms Villiers’ promise may please British consumers unhappy with the thought of chicken sprayed with bleach. But it may make things more difficult for Britain’s trade negotiators.

The environment secretary has made a strong promise that “legal barriers” to the import of chlorinated chicken and hormone-treated beef will “stay in place” and that the government will “hold the line” on this even if insisted upon by President Trump in trade talks. This makes a quick trade deal with the US rather tricky to envisage.

Leaked US-UK trade documents showed the US tried to establish how far the UK would, after Brexit, detach from the EU’s hard line against US farm trade methods. US officials had made a presentation and repeatedly raised the “unscientific approach the EU maintains towards Pathogen Reduction Treatments [chlorinated chicken]”. The US has been in a dispute with the EU over such methods since 1997.

If the environment secretary’s rejection of such key US exports is echoed in the UK’s negotiating position with the US, the US Congress might also object. When similar statements were made by Michael Gove, when he was former environment secretary, in 2017, it caused a rift in cabinet with Liam Fox, who was then trade secretary .

It is a clear example of the delicate balancing act and trade-offs involved in the UK’s new post-Brexit trade freedom.

The full interview with the environment secretary will be shown on Countryfile on BBC1 on 26 January.