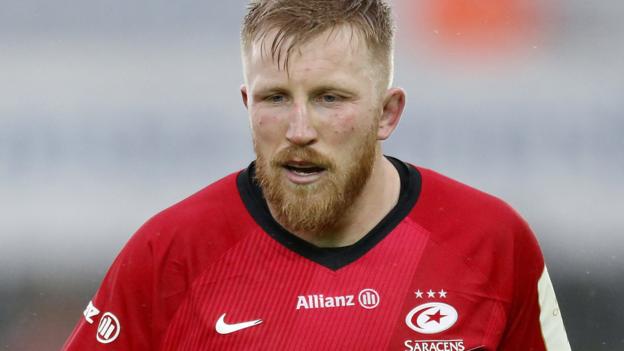 Saracens back-row forward Jackson Wray will remain with the club following their relegation from the Premiership.

The 29-year-old becomes the latest player to commit his future to the north London club, following England international Billy Vunipola.

Defending champions Sarries will be automatically demoted from the top flight at the end of the season following salary cap breaches.

“I love the environment and how the club looks after people,” Wray said.

“My family are happy, my kids are happy, and I just love what the place is about.”

Uncapped Englishman Wray came through Saracens’ academy and has helped the side win four Premiership titles and three European Champions Cups over the past six years.

Max Malins, Ben Earl and Jack Singleton will depart the club on loan next season, while Matt Gallagher is set to join Munster at the end of the season.

The Premiership campaign has been suspended until at least 24 April because of the coronavirus pandemic, and Saracens players have agreed to take a pay cut of 25% during the outbreak.