Sports clubs in rural areas may lose a generation of young players due to the lockdown, a cricket club coach says.

Clubs across Wales are looking at ways to restart safely as schools prepare to open their doors again from 29 June.

A survey by Sport Wales showed lockdown has taken its toll on children’s physical activity, with 35% of under 16s doing less exercise than before.

“We’ve done a lot of stuff online, but if we lose a season of cricket here, in a rural area, we’ve potentially lost a generation of players.

“For us, if it comes down to choosing between our junior section and our adults, I’d bring the juniors back first.”

Mr Lanagan said there were ways of restarting the club’s activities.

“In England, they’re doing groups of six at a time at cricket nets,” he said.

“So, if Welsh Government follow the same process, I think we’d look to do something similar to that at first, maybe run a different group of six for an hour, spread across a few evenings to make sure there’s enough time for as many of our players as we can.

“But there are also concerns about equipment. There are some kids that have their own, but other families may not be able to afford it all.

“So then, there’s a risk of sharing equipment, which might not be possible.”

Gyms and leisure centres have been closed since March, and while outdoor exercise has always been permitted, businesses, parents and coaches have struggled without their clubs running. 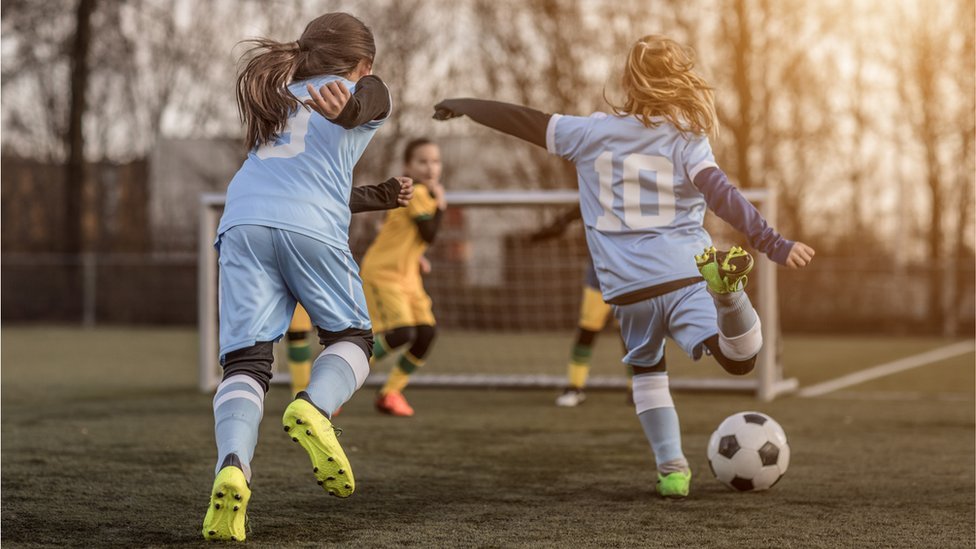 How physically active are children since lockdown?

Brian Davies, chief executive of Sport Wales, said: “The most important thing is that they are active, but children need structure – it’s difficult to expect them to do this by themselves.

“We know from the results of our survey that there are areas we need to target moving forward, to make sure that percentage of inactive children doesn’t increase.”

This included, he said, helping children in deprived areas and from black and minority ethnic communities to be more active.

“So many of the changes being made by the government are geared towards outdoor exercise, so I do think we are further behind,” she said.

“Some days we have up to 100 gymnasts at a time, so we are definitely going to have to make some big changes.”

Environment ‘More than just a sport’

Ms Anderson said lockdown has proved how important gymnastics was for her young athletes.

“Seeing how much they’ve missed it, and missed each other, I’ve realised it’s more than just a sport to them.

“They’re missing out on their social lives, their mental and physical development.”

Nine-year-old Caitlin has gone from training four times a week to having school, gymnastics and home under the same roof.

Her mother Amanda said: “She’s really missing her friends and missing having a consistent routine.

“I hear them encouraging each other over Zoom when they do their sessions, which is lovely, but it’s hard to replicate that same environment at home.

“For us, it’s almost as important as getting her back to school, in terms of her mental and physical health. Gymnastics gives her a sense of identity that she’s really been missing during lockdown.”