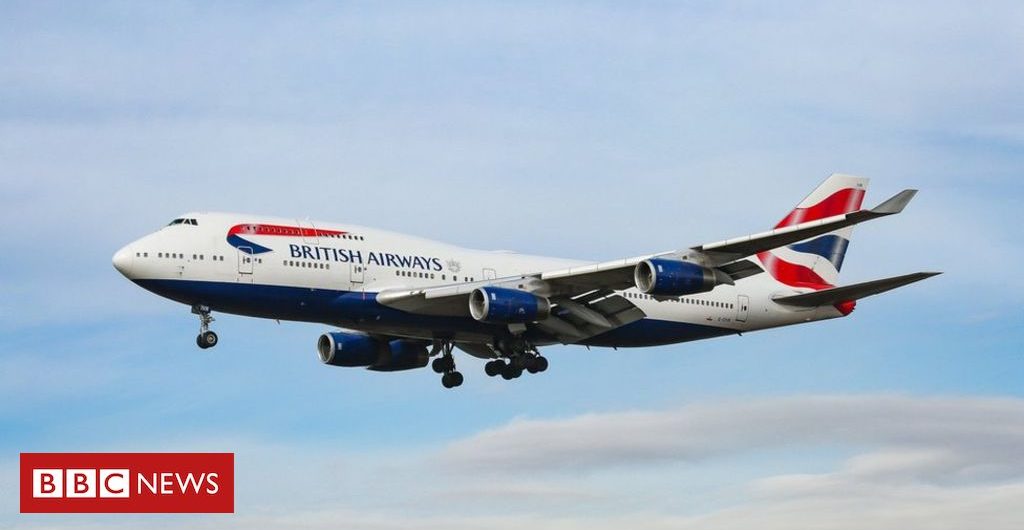 British Airways will suspend all flights to and from London’s Gatwick airport amid a collapse in demand due to the coronavirus.

It follows EasyJet’s suspension of flights after the government advised against all but essential travel.

British Airways told staff it was facing a challenging market environment in “unprecedented circumstances”, according to an email seen by the BBC.

The airline said it would contact customers to “discuss their options”.

“Due to the considerable restrictions and challenging market environment, like many other airlines, we will temporarily suspend our flying schedule at Gatwick,” the airline said in a statement.

Shares in IAG, which owns British Airways, have more than halved in value since the beginning of the month. Although its share price rose by 8.4% to 218.7p on Tuesday.

While BA continues to fly from its main hub of Heathrow, it does so on a much reduced timetable as travellers scramble to make it back to the UK.

Yesterday, EasyJet grounded its entire fleet of planes and said it could not give a date for when they will restart.

The international air transport association, IATA, says the crisis in the industry caused by the coronavirus outbreak will “undoubtedly” cause some airlines to collapse, while others will only begin to recover towards the end of the year.

With severe travel restrictions in force in countries around the world, many airlines have had to suspend routes and ground large numbers of aircraft. because little money is coming in, except from cargo services, they are burning through their cash reserves.

IATA expects them to run up collective losses of $39bn in the three months to the end of June, a figure described as devastating.

Among the biggest costs they face is a potential $35bn bill for refunding tickets.

BA, EasyJet and Virgin Atlantic are among airlines working with the government to fly Britons back to the UK.

The government has also pledged £75m to charter special flights to bring home UK nationals from countries where commercial flights are unavailable.

Aviation bosses have been lobbying the government for a targeted aid package to stop firms going under as a result of the slump in demand.

If a passenger’s flight has been cancelled they are entitled to a full refund to the original form of payment within seven days under EU air passengers’ rights rules.

However, airlines including BA have removed the usual option where passengers can request their money back online. Airlines want customers to take vouchers instead.

Some airlines are concerned about their future if they have to repay passengers and do not receive help from the state.

While they have been able to claim for staff wages under the government’s Coronavirus Job Retention Scheme, they may still be paying finance costs for their planes.

Virgin Atlantic is expected to seek a bailout in the coming days.

On Tuesday, the Dubai government announced plans to inject fresh equity into Emirates to help the airline overcome the impact of coronavirus.

The carrier suspended all passenger flights on 25 March for two weeks.

Crown Prince Sheikh Hamdan bin Mohammed said Emirates has “strategic importance to the Dubai and UAE economy”, adding that he will provide more details on the cash infusion “at a later stage”.

In the US, American Airlines has said it will seek $12bn (£9.7bn) of financial support from its government because of the impact of coronavirus.

It said it would mean “no involuntary furloughs or cuts in pay rates or benefits for the next six months”.

The company returned $1.3bn to shareholders in dividends and buybacks last year, according to Bloomberg